Chapter Forty Five: "Theatre of Blood: A Basic Guide to the History of Horror in Film. Part II." 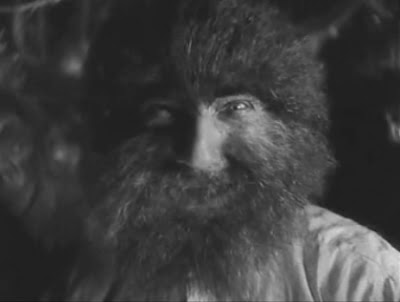 With “Dracula” and “Frankenstein,” icons and franchises had been created that would remain in American cinema and pop culture to this day. The term “horror film” was now being used in the press to describe such movies, Universal was the studio that was deemed the king of the genre, and Lugosi and Karloff were stars. Universal followed its hits up throughout the decade with an all-star cast of monsters, popular sequels and roles that forever typecast Lugosi and Karloff, often teaming the two, including “The Mummy” (1932); “Murders in the Rue Morgue” (1932); “The Old Dark House” (1932); “The Black Cat” (1934); “The Raven” (1935); “Werewolf of London” (1935); “The  Bride of Frankenstein” (1935); and “Son of Frankenstein” (1939).

The other studios saw the potential and immediately began following in Universal’s footsteps. Paramount chose to update the filmic version of “The Strange Case of Dr. Jekyll and Mr. Hyde” (1931) and earned the first Oscar for a horror for Fredric March’s performance, as well as advancing transformation special effects. United Artists began the trend of zombies in the movies with Lugosi starring in “White Zombie” (1933). Browning frightened audiences and MGM with “Freaks” (1932), causing 30 minutes of the film to be cut to calm censors. And while the 1930s ended on with audiences dissipating and films taking a more horror-comedy slant, some of the greatest in the genre were still produced during that one decade, including “The Invisible Man” (1933); “Mystery of the Wax Museum” (1933); “The Most Dangerous Game” (1932); “Island of Lost Souls” (1933); “Mad Love” (1935); “Mark of the Vampire” (1935); and the biggest monster of all time, “King Kong” (1933), which brought renowned and influential stop-motion special effects by Willis O’Brien.


While the 1930s produced some of the greatest and most inventive horror films ever created, the 1940s saw a marked decline in originality. The major studios found themselves depending mostly on the formulas that had worked during the prior decade, and with the dawn of World War II, audiences craved easy-to-digest popcorn fare. Universal began the decade with a classic in “The Wolf Man” (1941), casting Lon Chaney, Jr., into the field his father had helped define, but mostly continued to rely on the success of its original monsters, producing mostly thin sequels such as “The Invisible Man Returns” (1940), “House of Dracula” (1946), “Frankenstein Meets the Wolf Man,” and eventually parodies such as “Abbot and Costello Meet Frankenstein” (1948), a comedy that cast a desperate Lugosi as the monster. Although the first horror shot in color had been 1932’s “Doctor X,” horror in color did not become a hit until 1943 with the release of the newest version of “The Phantom of the Opera.”


Though most of the major studios were scrambling to produce formulaic and cheaply made films that would sell, it was RKO-Radio Pictures that brought a sense of experimentation back into American horror. RKO was the smallest of the majors, and hired story editor Val Lewton to also produce quickly made horrors on a small budget, often only giving him the title of a film that would sell based on marketing research as a starting point. Lewton decided to bring his own sense of suspense to the genre, calling them “chillers,” setting them outside of the Gothic time period and instead bringing them into the modern world. Such films as “Cat People” (1942), “I Walked with a Zombie” (1943) and “Isle of the Dead” (1945) brought respect to the existence of low-budget films (or B-movies). Lewton's imaginative use of shadows and sound also created what became known as the "Lewton Bus," a screen trick that startles the audience through a set-up of suspense that is capped by a harmless occurrence. 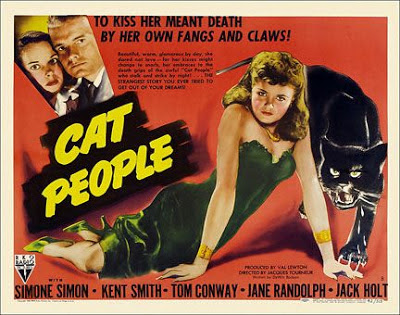 
This history would not be possible without help from the following sources, which I recommend to any horror fans: