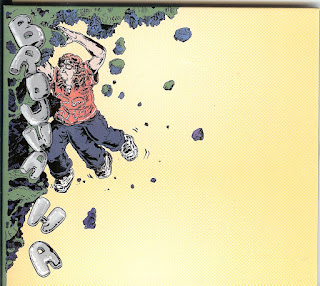 The Friday night of February 24 bit a bit and the wind that night kicked the gut with an icy feeling. Not surprising I suppose, for winter in Kentucky, except this winter has been mild, and this day was immediately preceded by a Thursday that was nothing but sunshine and 70 degrees. Suddenly, it was harsh and windy, 28 degrees and petrifying in the reminder that seasons are still somewhat existent here in the "land of Daniel Boone". But winter is supposed to be cold, and similar to breaking open a geode with a hammer, it was all crystally and warm inside Zanzabar when Adventure wandered onstage to play the release show for their third full-length, "Brou-Ha-Ha." 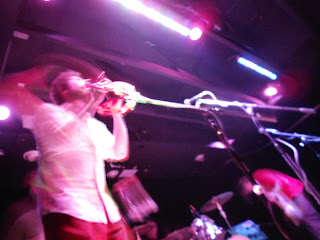 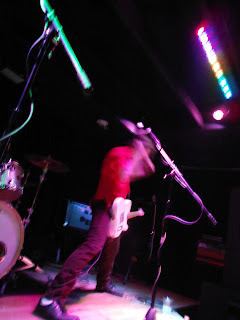 Adventure was one of those bands upon my moving to Louisville that was immediately recommended to me by friends as a group of folks I definitely needed to see, and I'm glad they were. I eventually got to know and perform with Phillip and Josef Medley in the Health and Happiness Family Gospel Band. It was in that particular venture that I witnessed what many in the band came to call their propensity to delve out "hot licks" whenever necessary, both of which seemed to come from a bottomless pit of inspiration. "Brou-Ha-Ha" swims in the dual guitars of these cousins; each song watches what aren't riffs but separate melodies inhale and exhale in just the right moderation, allowing both guitarists to build the songs perfectly. At times I wonder how much improvising is occurring, and how much perfect planning and writing and sticking to the notes the Medleys do. The playing is loose and always fun on the strings, yet the melodies and rhythms mesh into such a screened-in backporch containment that it all seems too untarnished and faultless to have just been thrown out off-the-cuff during recording. But then, after seeing them belt out flawless notes during live performances and practices with both Adventure and HandH, its got a be a mix. The fact is, both Phil and Joe melt their styles into each other, and are able to play off one another seamlessly, one taking the lead then immediately throwing it to the other, without hesitation or a skipped or ignored moment or note. The Medleys seem to share that rare nexus of a shared musical common ground, and play well together. 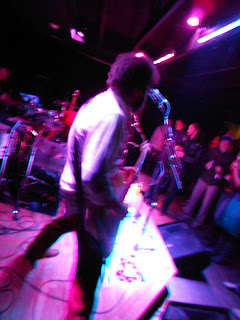 "Brou-Ha-Ha" starts off rambunctiously with a barn-burner called "Punx" that finds drummer Josh Clark-Medley whisking through an uptempo piece that can't help to brandish headnods and footstomps along with it. I've been a fan of this band for a long time now, but this CD is filled with some of the best pieces of Adventure I've ever encountered. And hell, "Punx," in its strange inked proclamation of "where the punx come from," running through waves of demographics and energetic riffs of upbeat power-pop, is just one example of some of the best this band can do, in my opinion. Singer-songwriter-guitarist Josef Medley's vocals aren't attempting it at all, but in my car on Eastern Parkway following the show, I felt like I was listening to a Kentuckified version of David Johansen reminding us that music is fun, and well, where the punks come from. 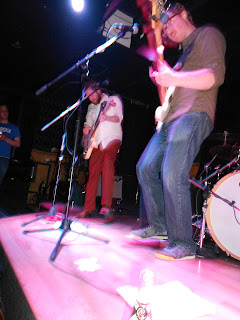 The rest of the album is a jamboree showcasing the songwriting skills contained within the group, headed by the mysterious J. Forst and J. Welsh, who wrote everything contained herein except for  "Somewhere Backstage," which was aided by Louisville singer-songwriter-multi-instrumentalist Kirk Kiefer. Kiefer also plays bass on the record, and piano on the track "Bury Your Mischief," and as usual, adds nothing but quality, as he's prone to whenever someone hands him an instrument. Adventure has always seemed to toe several lines of genres, never sticking in one direction but touching several. I always hear country music inflaming their rock, or maybe rock inflaming their country. The guitar lines have a natural twang to them that matches the western shirts the band is always decked in when playing live, but that twang is never balled up at a crossing of country or rock. Adventure's music splits in several directions, swimming into streams of power pop, referencing some garage and punk, and splitting hairs somewhere in 50s rockabilly, and I swear I do believe I hear remnants of doo-wop and old soul music seeping into some of those melodies. 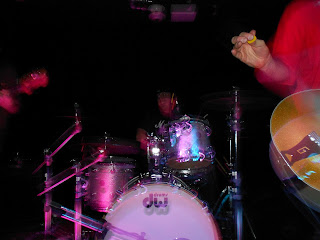 "Stranger Things Have Happened on the Farm" takes a rib from that boogie/rockabilly slab, but is immediately followed by the ascending pop of "When U Left (Why Didn't U Leave?)" that remains on the tongue and stays in the head long after the song is over, lead by a great rock n roll riff.  Both are sung by the falsetto of Phil Medley, which brings to front another bonus with the band: the back and forth that exists between two vocalists that each bring their own personalities to the songs.  Josef Medley takes the lead voice on one of my favorite tracks, "I Think We Should," which arms the heart-hopeful and left-footed for some clumsy mid-tempo dancing. "Can of Worms" goes back to that pop-rock that makes live performances of such material warming, which brought the crowd to shake a leg at the release show. Phil's lament sullies through "Let Go the 1 U Love" so perfectly, yet despite the sadness of the lyrics the guitar-lines of both guitarists allow the sway to turn it to joy. "Dirty Mouth" slams straight into a distorted study of garage and roll. And one of my favorite tracks, "Right Mind," makes me wonder why that riff has never been written before. 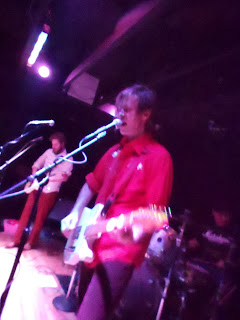 Mention needs to made of Adventure's artwork. As with their previous releases, the covers, inside and out, are adorned with the amazing cartoon skills of songwriter J. Welsh, an accomplished member of the Louisville Cartoonist Society. I'm always convinced each record is a concept album simply because of the various scenarios depicted throughout the beautifully crafted panels.The visual presentation of this CD is perfect. 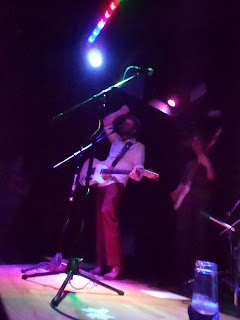 One of the highlights of the CD release show to me was definitely the performance of the album closer, "Let the Bad Times Roll." The song was obviously made for a live audience (the track on the CD is taken from a live recording the Adventure made at a "Late Seating" show at Actor's Theater in Louisville), featuring a sing-along chorus that can't be ignored. Phil's cadence of repeating the title simply seems to suck the crowd down a stew that brews and simmers until the chorus is bared with just the crowd singing the chorus along with Phil a cappella. The catchiness, the mingling of the audience yelling at the top of their lungs the title, some claps, a bass drum backbeat, compounded with a tramp down that shared feeling of what Phil expresses in the line "who's gonna make it through the winter I said?" A perfect ending to a chilly February evening. 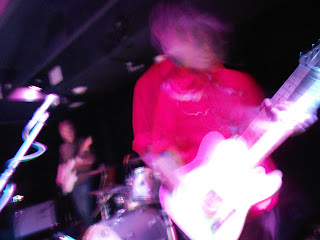 Recommended. There's too much good stuff on here.

"Brou-Ha-Ha" is available online at Android Market and CD Baby and all the fine Louisville record stores.
Posted by Brian Manley at 8:21 PM