To me, Seluah was one of those mysterious hidden secrets in Louisville. I'll admit I was unfamiliar with them when I stumbled onto a show last year. Then the history hit me. The band turned heads in 2002 with its self-titled debut EP, hailed as a psychedelic dub masterpiece. I felt nearly scolded when my eyebrows arched in ignorance, but my naive little brain was soon educated about the place this band holds for a lot of people in this town. Their show backed that reputation up, as well. 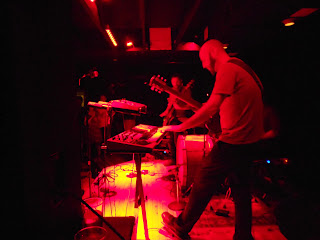 Ten years later, Seluah returns with "Red Parole." The band has re-teamed with Kevin Ratterman and recorded the album last year at The Funeral Home. The band debuted a lot of this music during stints with TV On the Radio last year.  The recordings finally see release in April '12. 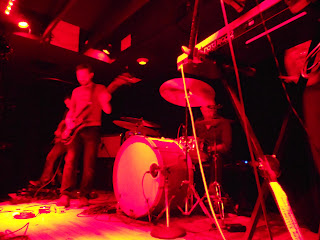 While "Red Parole" retains the brooding nature that inhabits (and marks) the band's genetic code, it's definitely a full-length that moves into a heavier direction, bringing a plumper guitar sound that reminds me of mid- to late-70s rock influence. I've heard the use of the word "noirish" to describe Seluah's direction. I think that can be applied to both albums, as the band harbors a ring of mood-driven ambience that, like the cover of the record, is painted in dark red. That rock influence isn't a light one, either. "Black Sand" is epic in its parts, beginning mid-tempo, holding back with a sparseness at first that hints of its own era with its slightly distorted vocals and plume of a drum beat. The main riff during the first half is a night time wave that slowly walks the band to the second half of its eight minutes, wherein it begins to go in unpredictable places. I hear motions of Iommi and Sabbath rear its head in there. Maybe Thunder and Roses, Blue Cheer or Third Power, too. It's my favorite off the album, sludging without constraint til the end. 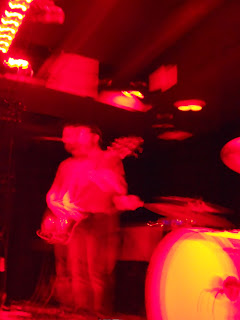 "Black Sand" represents some of my favorite elements from "Red Parole," as the record moves back and forth within its several moods. Electronics and the sounds of strings set a soundtrack for an intense unmade film that was mostly shot in the dark. These moody moments, such as in "Elysian Fields," are probing in their trance-like scenery. "Killing the Angel" hovers with a guitar so drenched in a magical reverb that it drips raindrops. The points "Red Parole" hits me over the head are when the tempos pick up and drive forward. "Hell and Back" sounds like background music for an episode "Carnivale" directed by Nick Zedd. "The Winch" never weakens, an instrumental that's led solidly by the braiding and twisting bass and drums, permeated by the weaved guitar that at times seems to inch its way unshod through the song and jealously fly outward from the percussion, without ever losing the creative notion that this is filmic. 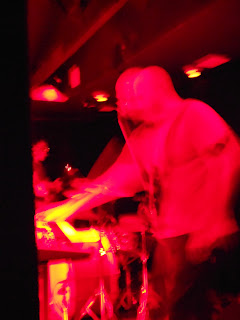 "Red Parole" will be released by Karate Body Records on April 10 on CD and digital and on May 8 on 180-gram vinyl, the first 250 copies of which will be pressed in red wax. Karate Body is taking pre-orders for the album now. The band will play the Live Lunch on WFPK at noon on April 13, and will play with Archnemesis at Cosmic Charlie's in Lexington on April 17.
Posted by Brian Manley at 1:23 PM