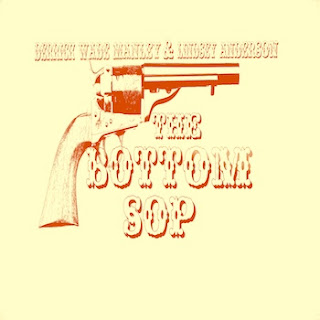 Bringing disclosures to a full light, Derrick Wade Manley, as I've stated before on this blog, is my brother. Offering a fair review of this album might be seen as impossible by some, but in this day of torn and frayed concepts of "journalism," especially in the world of music blogs and reviews, I call bullshit. Hell, I used to perform with this band last year, which for me might make my criticisms range to even more miniscule harshnesses based on my backstage views of this band and this music. I haven't played with The Bottom Sop in about a year, and to see what they've developed into and to hear what they set down in these recordings, this review isn't based on any family relations, but appreciation for the sound and songwriting contained therein. I don't feel any weight of biased opinion on my part, but that's a hard road to defend. But, its my blog, and I'll cry if I want to.

Derrick can go through periods where he will suddenly obsess over various genres. He's been writing songs since he was about three years old, and once he's hooked on a sound, will plunge into the compositional qualities, lyrical poetry and overall genes of that genre, studying it like many of us do that love and play music. I've seen him move from phases of folk and country, rock, pop, hip-hop and rap, and come back and and forth, to and fro, mixing sounds and influences into various incarnations over, well, his whole life. Within all of those projects, his songwriting stands out as a jewel to me; it's never an imitation, but rather an honest immersion into that style, writing lyrics that are straight observations of his life and what is around him, and painting that into piece that matches a voice that can actually hit the right notes. 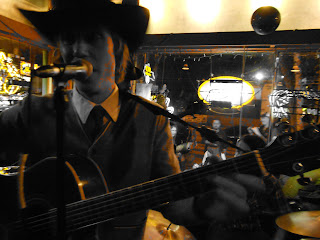 The Bottom Sop played its first gig on Derby Day 2011. I'm pretty sure I was there that night at some point to hear what Derrick described as "his new country band." I knew he had been working up some cover songs with vocalist Lindsey Anderson, and eventually formed a band around the performance of some classic country duets. Knowing Derrick was heading into a country sound made sense to me; despite living for years apart in separate cities, we both had grown to share a love for the songs of Merle Haggard, Willie Nelson, Waylon Jennings, Johnny Cash, etc, etc. While spending years performing with his rock band The FuckMunkys, as well as solo projects, The Bottom Sop became an outlet dedicated to playing strictly country music. And sure enough, he, Lindsey and the rest of the band showed up that Derby evening booted and spurred and did just that, basing their set around what would become a live staple for them: Johnny Cash and June Carter's tribute to feverish marriage, "Jackson." Derrick has always had a great voice, and can step into the throaty pitches his idols project easily. I had not heard Lindsey until that night and was impressed at the richness she belted out. I'm not over-exaggerating if when I say I immediately thought of Patsy Cline. 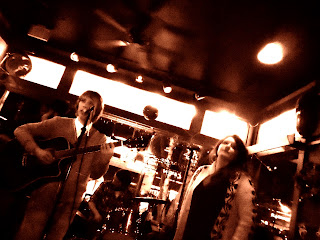 If I'm correct, The Bottom Sop only performed about four or five songs that night, breaking that horse in for what would eventually result in the release of their self-titled debut EP. As the year rolled along, The Bottom Sop played bar-and-grills, taverns and whoever would have them all over town, pouncing through some lineup changes here and there until they reached what would become a solidified mix of musicians. While the cover songs dug deep into the dirt of older country, mining from Dolly Parton and Porter Wagoner, Loretta Lynn, Haggard, Conway Twitty and Tennesee Ernie Ford, original songs began to slowly creep into the sets. Some of them sounded like Cash or Twitty could have inked them without a blink; others went in a variety of directions. And every time I have seen them, when I ask and find out which are originals, I always find the new material to be impressively creative and original, taking different cues and directions from varying influences. Yet, they also manage to blend so well into the cover material, there is a classic sound to the band's songs that makes them completely relatable. 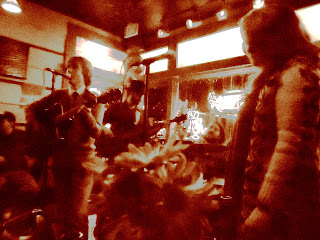 "The Bottom Sop" EP contains five of these new songs, and from what I understand the band is already set to record a follow-up. As far as country music, these pieces are slices of the real deal. If I'm right, "Bright Kentucky Moon" rides as one of the first original numbers Derrick wrote for the band, and it stands out. A quick catchy tempo immediately sucks you into a proclamation of the inspiration of the moon over Louisville, mixing a fast-footed reference to the bluegrass that started in Ole Kentucke with a blend of the rock/country motives that drove trucker country in the 70s. 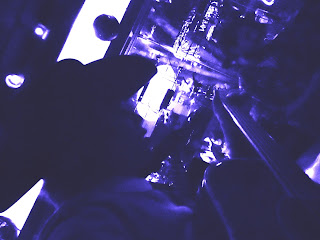 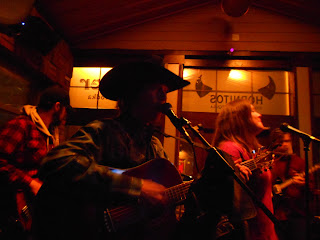 "Country Love at First Sight" immediately falls into the classic duets that the band based his early existence on as Derrick and Lindsey both trade hillbilly barbs at each other. It reminds me of the spoken section of David Allan Cole's "You Never Even Called Me By My Name": Cole discusses Steve Goodman's attempt to write the "perfect country and western song." According to the story, Cole reprimanded Goodman for not including the subjects of Momma, trains, trucks, prison, or gettin' drunk. Much like Goodman stepped up to add that last perfect verse, this song seems to incorporate everything the band learned from a year of playing bantering duets between flirtatious and/or fightin' couples. (And yeah, there is a line about trucks in here.) 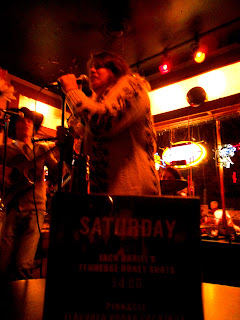 The EP continues down that same train line of inspiration, as Derrick and Lindsey's voices thread around each other impressively. "Here I Am" is a clever and nice slow dance that houses a bent solo by guitarist Ken Allday that almost veers into a quick wave at 80s pop-rock. "Lil' Suki" finds itself honed on Nick Beach's swinging drums and jumps with metaphors and a chorus that I can't stop singing after I hear it. The recording ends with "Bank Robbin' Daddy," cemented by Jackie Railtraine's plundering bass leading to a bridge of flirtatious near-yodels by both Derrick and Lindsey. 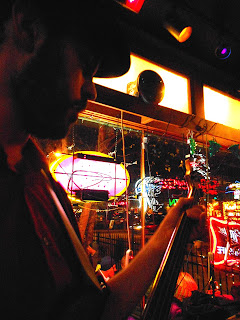 While the music here definitely references country music from decades ago, the band approaches the tunes as though they were as modern as anything you might find on the radio, albeit with a much more classic and honest touch. In every genre, there are bands that exist as simple nostalgic trousers. The Bottom Sop isn't a retro act, but instead are making modern country, just in the vein that modern country probably should have become. This recording could stand easily next to the indie country that has survived throughout the decades, and, in fact, goes in directions I haven't really even heard from that scene. From my own personal knowledge, I know that the drinking, Mommas, trucks, trains, heartbreaks and flirtations that are put into these songs come from real places, and in my opinion, it shows. 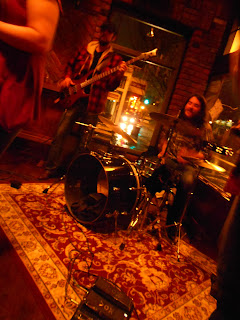 The Bottom Sop are playing their CD release show at the Highlands Taproom on Saturday, March 24. Local music/TV coverage will be there in the form of Barn Party USA. The EP is also available on their bandcamp page. The band also performs a set at Derrick's open mic night at the Taproom every Wednesday, as well as at Country Music Thursdays every week at Baxter's Bar and Grille. 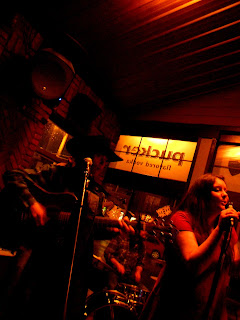