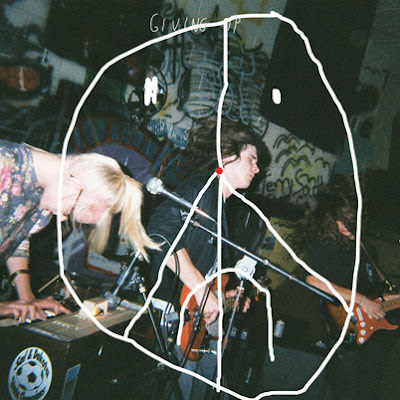 I have this weird habit of killing two birds with one stone when I'm stuck on the couch and wanting to succumb to my need to be a media-consuming-whore. I'm halfway currently researching a longer term project about the history of horror films, meaning I need to watch a shit ton of horror movies right now. At the same time, I've been procuring a couple of new albums a week and am constantly trying to keep up with my own listening desires weighing the time I have actually sit and listen to the vinyl I've gathered over the weeks. So, whenever I watch silent films, I throw on said vinyl, open beer and absorb. This process usually works out because I have a theory that film moves to beat as much as music. It's just a theory; throw it out if you want. But put on a Sapat album and Chaplin's "The Gold Rush" and tell me they don't synch up way more than any Pink Floyd-"Wizard of Oz" bullshit.

I tested these waters again recently. Coming home tipsy with such goals in mind, Cori and I followed my precedents from the past and I inserted Robert Wiene's 1919 masterpiece "The Cabinet of Dr. Caligari." I had watched half of the film once while listening to the brilliant unsoothing sounds from the Kark vinyl "The Hermit." However, having just received the newest Sophomore Lounge release by the band Giving Up, the soundtrack changed and with lights out, we dove into both the nightmarish visuals of German Expressionism while getting completely bitten by Giving Up's warbly energetic post-twee-punk-pop knightliness.

Giving Up has been around, as far as I can tell, since 2007ish. It consists of people living everywhere in the US, I think, although mostly Iowa and Kentucky. Maybe Illinois, too. It's a three piece mainly made of Jenny Rose, Mikie Poland, and Sean Roth, although the trio is rounded out with percussion by Kaylee Preston and Doug Ryan. Ryan is responsible for the recording of this beautiful thing. 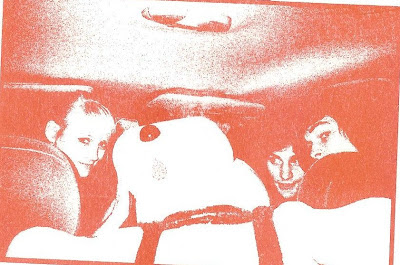 I love a lot of different types of musics. One of those loves is directed toward the blind trail of singer-songwriter stuffs. I especially love singer-songwriter stuffs that take a left turn warble. Especially when that left-turn warble is laden with sometimes vague, sometimes cryptic, sometimes extremely personal and point-blank personal and intelligent lyrics. Especially more if that left-turned warbled singer-songwriter sounds as though it was recorded with some lo-fi experimentation with a lot of room for creativity and the knack to leave cliche songwriting swerves and predictable verses/chorus structure on the wagon. And even more so if that lo-fi left-turning warbliness has a sense of sadness filtered through some catchy, nigh, nearly sing-along, vocals. These Giving Up folks understand me much too much, methinks.

The album is their second full-length. It's called a symbol, which roughly translates to "(Peace Sign/Frown Face)" and its on a limited blue vinyl pressing from Shepherdsville, Kentucky. There is a handwritten lyrics sheet and big ol' handmade poster inside. Everything about this album made me fall in love with it. Don't get me wrong; I love "The Cabinet of Dr. Caligari." But as the Somnambulist revealed secrets and took to the twisted dream streets causing havoc and fear, I was very much identifying with some of the words to "Pile of Books": "I moved away from the address where they would send me magazines from the underground press about anarchy and I've forgotten a lot since then and anarchy, that word never fooled me...Do you want to sleep in my bed? It's just a pile of books I wish I had read." 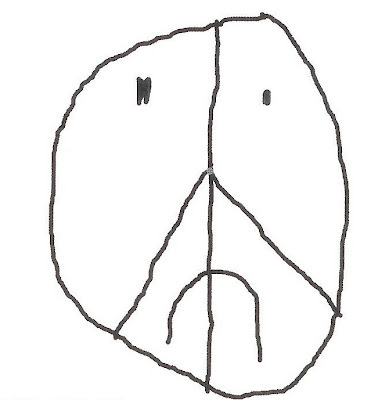 In fact, every song off this LP would have Cori and I nod to each other with "yeah, awesome shit" in our brains, despite keeping quiet. I mentioned twee and some people flee from that genre; this album seems to touch its ions, as it touches other genres briefly here and there and doesn't steal or take but assembles some great material. I can immediately identify with the Kill Rock Starsness that is present, but this Giving Up record isn't an album that sits and boasts unnecessarily about any particular eras or sounds that preceded. It never lets up its forward motions. I hear some early Isaac Brock in Mikie's shaky but pure vocals. There are points when I think of Quasi as Jenny and Mikie both heart their minds out in the drive of such great dueted bending verses over the prayerless organ and guitars, winding and attacking the points of the songs until they are infectious, parasitic diseases that can't let up. The "Blue Green Gray" end-of-summer description killed me like a compassionate low-budgeted chapbook you'd accidentally find under the condensation of a rationed short glass of iced whiskey. True story.

So is "The Cabinet of Dr. Caligari." Listen to this stuff. Watch that stuff.

Can be pre-ordered at Sophomore Lounge's site.

Email ThisBlogThis!Share to TwitterShare to FacebookShare to Pinterest
Labels: Giving Up, independent music, Sophomore Lounge, The Cabinet of Dr. Caligari

I do not know the way I ended over here, but I reckon this
blog post on car rentals cabo san lucas baja was excellent.
I don't know who you are but certainly you are going to be a notable blogger if you aren't already ;) All the best!