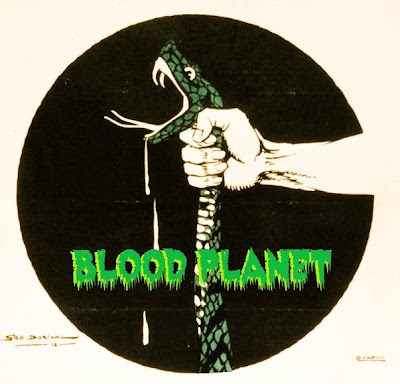 There are sicknesses impregnating many of us.

I feel them, but I'm not hiding from them. Sometimes they infest me. I feel numb now. I'm prepared for them. I don't take these invasions offhand. I allow them to penetrate. Others surround themselves in an office of feedback and disease and hellish queerness. Some dance to the fire. Bite their tongue to cascades of crotch distortions and rains of Acheron shoved into soft mouths like hackamore bits.

I only say these things because I drink bourbon late at night and allow the demons in. So does Blood Planet.

Blood Planet.Whisper it. These fuckers call themselves shitcore, and I don't argue with them. A two piece that can make this much noise is bold, and magnificent at it. This is LO-FI-made noise-punk MADE PER-fucking-FECTLY. Really, folks. The first time I heard the self-titled EP, I fell in love. The self-titled EP sounds like screams were logrolled over a burning crucifix and Resentment began walking the Earth solely to eat your Ears.

Summer Demo(n)s is two songs and shows these two giving the middle finger to both kids and Thule. "Fit To Be Tied" should be a song on a "Back from the Grave" collection already. The drums crud through the feedback through the odors of Hell and then all bang for a skeleton funk that makes my mind swim. The vocals remind me of Yow. Just accept that. They've tapped, explored and fucked it.

To beat all, despite the scariness, these two dudes are about the nicest on the regular planet. Really. So, if you're making loud aggresive music and are an ass, go fuck yourselves. This band does it sloppier, better, and will thank you for listening. 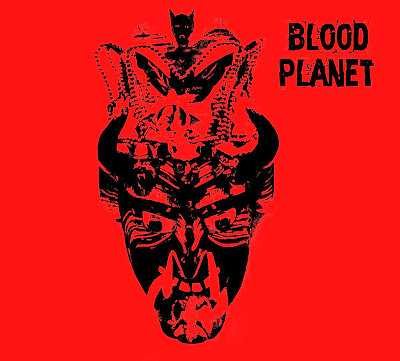