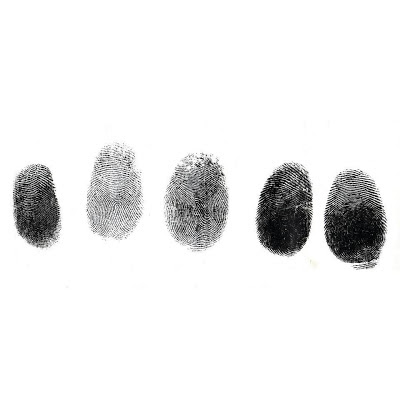 What's set forth on the debut from Opposable Thumbs is a punk that's broken down into beaten beakers of some of the best sloppy crud rock ever bridled onto a laudatory synth-monster. It's part party and part sweated garage rock. The band proofs between slushy guitar that swims through heavy bass and a tightened tug of percussion while backboarded by thrashing electronics. "She Rolls It" just made me throw a beer cap at my classical guitar. 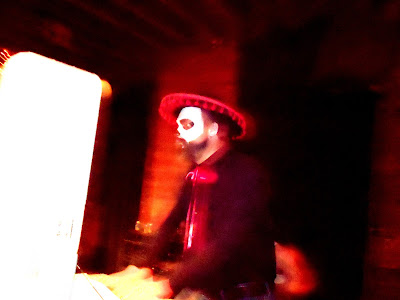 OT is not a band that subscribes to one overall leading factor, which makes the CD a nice well-rounded pop to the head. Every instrument is as key and in your face; none overtake the order of the chaos being preached. It's stripped down post-punk that has a almost considerable dance to it. Not dance rock; fuck that. This digs into late 70s/early 80s vibes. I spent New Years weekend blasting this with my frequent collaborator JT Dockery and he threw in that it definitely had a Gang of Four sense, and I agree with that. 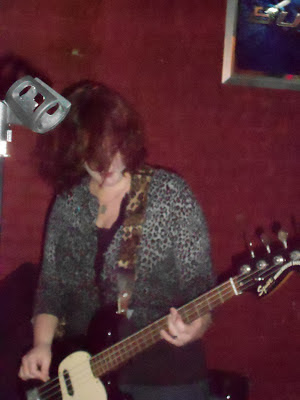 The crud rock reference comes from a genealogy that dates back to the late 90s/early 2000s Louisville scene. Synthist Bill Montgomery goes back to The Shit House Poets and The Heels, two of the first bands I ever knew of from Louisville, back when I was in laudanum land in Lexington and had lost touch with my Louisville roots. He also sports time in Sapat and Lost Subway. Bassist Terri Whitehouse has been present throughout the scene, spending time in the awesome Four Banger. Guitarist Eric Supplee has been a scene staple and lent fucked up guitar to Activated Peat, Whiskey Dick and The Bad Blood. Drummer Andy Matter held court in The Touched, one of the biggest bands in my head of all time, as well as Red Light Relay, Furlong, Mimi Von Schnitzl and The Health and Happiness Family Gospel Band. And singer Jeremy Bauer has been in and out of time with Truckbed Love and Trashy Cougar before bending his voice to this project. 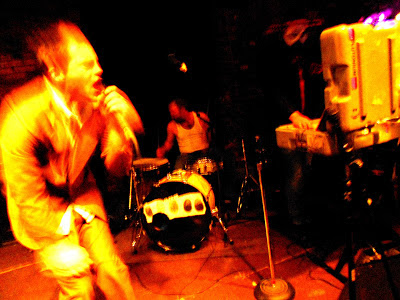 In a way, Opposable Thumbs acts as a super group of crud, brought forth in a futuristic form. It's synth and plunked bass providing a back beat that lets Eric's bent guitar rip and chug through like a chariot on fire and the rest of the players poised in mostly minute and a half atlases of graveling trash rock that travels through time. 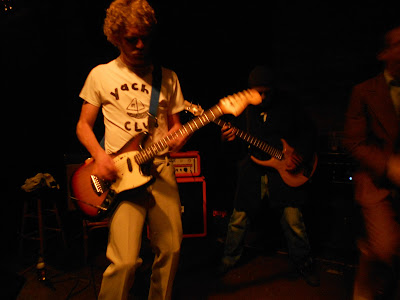 Seeing the stage show, singer Jeremy jaunts and waves his brains and arms in preacher-stance,  giving sermons of jagged punk amongst stripped down rhythm and soul. And lo, though he may be delivering words of fire and apocalypse, they come right next to righteous talk of rolling and feeling good. Terri's bass style acts as a potent anchor that bounds through the recording and binds the band. Eric splatters his guitar all over the wall of this record, smearing strings, spilling riffs, and wallowing in somewhere in a wedge of garage and post-something or another. Goddamn it, Andy Matter has been one of my favorite drummers since I first saw him blam behind the aforementioned crud bands back in the early 2000s. He's someone who has always straddled a heavy-handed precision mixed with an unruly fuck-all pounding. And Bill's synths add the extra secret ingredient of OT. Often hiding behind a steel suitcase that makes him look like a secret agent buried in his laboratory experiments, his head popping up in between songs to breathe after submersing himself in pressurized mechanized blurts of terror and fight. I keep expecting him to eventually rise from behind his shielded suitcase of noise and attack the crowd with balloons full of lasers. Only time will tell, I guess. 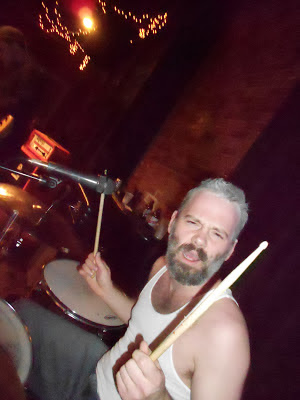 This band seems to me to be a perfect culmination of a history of Louisville's crud rock scene rolled together and spit out. The unhinged destruction of convention still exists pounded through a discipline that keeps the songs together and groovy. When I listen to this, I want to smell like beer.

Recommended. Out on Gubbey Records, available through their site and all the fine record stores in Louisville.

Opposable Thumbs will hold a record release party for the album at Zazoo's (102 Bauer Ave) on Saturday, January 5.
Posted by Brian Manley at 10:46 PM