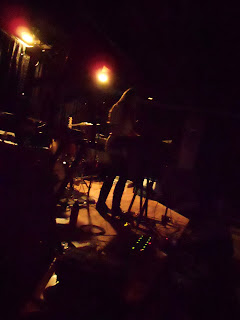 Dane Waters has released an album I've gotten hooked on.

I first saw Dane perform a couple of years ago with the Louisville experimental/bang/boom/everything band Sapat. I've been racking my brain trying to recall which venue it was I saw her first perform with them. I believe the first show I saw Sapat perform at was the now defunct Swan Dive circa 2008ish? Or it might have been at Club 21? My memory can fail me often, no matter how much I scold it. I do remember, whatever venue it was, at whatever date it was, being already blown to pieces by the massive sound Sapat creates. Sapat can get loud once the band heads toward a coup of its own songs and all members begin to chime in for a working finale. The performance, I recall, suddenly swerved left as the band abruptly backed off and there was a voice that hit high notes that somehow towered above the rumble the band had created, making the piece they were performing become a plume of operatic vocals before the group resumed. It basically knocked me over to hear the contrasts together.

It was at Lisa's that I once, in a hurry, walked into a softcheque show, Dane's own band. I only caught minutes of the show and couldn't decide what was really happening, lost in the midst of the thick crowd at the back of the room. I had no idea it was the same person until I saw her perform with softcheque a second time at the Rudyard Kipling with Montag. And it was there that I finally understood the magic of softcheque (as well as the magic of Montag) and their performance and sound and creativity with structures and notes. It was impressive. 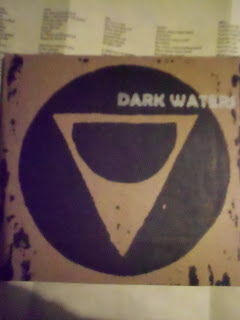 I didn't officially meet Dane until the summer of 2011 when we performed together in The Childish, a Billy Childish cover band. It was at this point that I slowly assembled two and two and realized that she was also an opera singer with Kentucky Opera, as well as a prolific singer-songwriter-keyboardist. There was a party one night when we sat in the backyard and compared notes on our love of opera, which in turn led us into a conversation about why opera is so good. We talked the big themes: Love, Lust, Corruption, Evil, Violence, Betrayal, Jealousy and Death. While I can obsess over a song that itself obsesses over a miniscule picture of a moment in time, the Big Themes are my own favorite points of interest in art.


Dane's first solo recording, "Dark Waters," is just that. A complete atmospheric immersion into the Big Themes. Atmosphere is a key word. She creates heavy swirling escapes into moods and the illusions that make up reality. Each song explores different streams of imagination and thought, gathering up and setting down ideas and feelings through lyrics that touch on those Big Themes and their simple truths: Death; Love; Longing; Lies; Absence; Dreaming; Loss; Devotion; Fate; The Chasm of Disagreement. It's all there, like some antique handbook missing on a shelf in a made-up library closed in winter.

Dane relies mostly on her skill at the keys, approaching every song with its own unique sideways soundscape. Lowe Sutherland's guitar appears sparsely but wonderfully in the mix, such as on the opening of "Push," which begins sadly and beautifully. Speaking of the mix, Warren Gray's approach purses Dane's voice with the various sounds into a deep and warm listen, giving the CD a powerful place. Both he and Dane have created a blend of complex moments for each minute of the recording. "Key" begins as a quiet sense of voices singing sadly until the boom of percussion brings the pound of an organ through Dane's voice, which ends it all with the proclamation "And trust banished terror." "Blue" provides a cold piano as what sounds like scraping metal and chains peruse the background, making loneliness sound scary. Which it is. 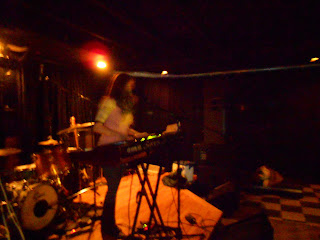 Dane uses her voice as much as an instrument as the lead melody, overlapping her skills, which are much. If you've never heard Dane sing you need to probably immediately go to her shows. She was definitely born with and has developed something that seems to be able to do anything. Too many adjectives would be needed to describe all the places it goes. She can sing dark; she can sing beautiful. She underlies the ethereal electronics on "Winter" with her voice providing an underlying vocal metronome while she sings of the season and the ocean.

One of my favorite tracks is "Inoperable." Led by a hermited pulse, a stark piano pounds a shooting melody. And of course Dane tears it away with her vocals. "Rappelle" remains ethereal as she mixes French and English, bringing to her style extracts from Jacques Prevert's poem "Barbara."  "Teeth of a Bear" shows the intensity the album goes into, as the synth rises into the listener's ears loudly while she experiments with the dynamics of her own voice and the melodies that can fit within the song. Without a doubt, my favorite point of the album comes with the final acts as "Dream Again" lands as one of the most beautiful places, only to culminate with "Agelessness," a disconcerting psychedelic space cabaret. Based on these two pieces, I can see Peter Berkowitz's mermaid reference to her sound in his interview with Dane.

Perhaps the thing that really grabs me about "Dark Waters" is that is sounds like an album to be listened to in its entirety, which I can really respect at this point in history when many musicians/bands have subscribed to the Digital Age idea of capping together a group of songs that stand alone for download only. Hearing "Blue" follow into "Inoperable" follow into "Rappelle" sounds like a story that should be written down somewhere. And I guess it has been.

Dane's live show is just as intense as the recording, remaining stark, with her center stage, managing electronic sounds and keys with a variety of multi-tasked gadgets. Her voice is so strong, I wonder if she even needs the microphone. I mean, I saw her perform in a production of Bizet's "Carmen" at the Brown Theatre without augmentation; I imagine she could handle a club. Although, live in the club, she mixes the intricacies of her voice with looping and other effects to bring "Dark Waters" to life. When I saw her at Zanzabar on Friday, December 16, I joked with her that she makes it hard to photograph her performances when armed with such a shitty camera as I have, performing completely in the dark. She joked that she should probably have used some lights. I personally thought the darkness added to and fit the music pretty perfectly. 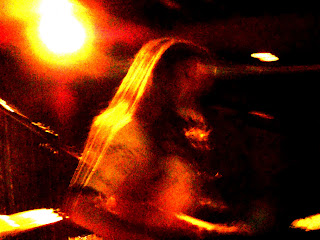 "Dark Waters" can be purchased at Better Days, Underground Sounds and through Dane's bandcamp site.
Posted by Brian Manley at 7:44 PM