Chapter Twenty Three: "Save it for the Birds: Recordings in 2011." 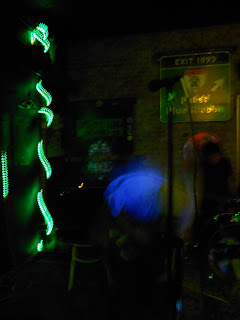 "Save that bullshit for the birds."

That's what Joe Rothman says to Lou Ford in Jim Thompson's 1952 noir novel "The Killer Inside Me."

Year-end lists can be bullshit. I guess my issue with them is that the idea of rating things, putting them in some kind of order, is stupid. I've never been a person that can really participate in the arguments that center on ranking music or bands. When music nerd arguments surface - "who's a better guitarist: Jimi Hendrix or Brian Causey?" -  I tend to lose interest, back away, roll my eyes. Music isn't a contest, and its always a roll of the dice with semantics and opinions, which have nothing to do with facts.
Year end lists do serve the beneficial purpose of reviewing the year and all the happenings and releases. So for that reason, I'm officially going to attempt mine. It's a blog, and I feel a certain responsibility as part of the Universal Blog Organization of the Universe. My budget does not really allow me to purchase a large amount per year, so I missed out on a lot of releases I will probably pick up in 2012. About 99% of these are regional releases, with a few outsiders thrown in here and there.

The one thing I've heard several writers and opinionated folks hark is that 2011 sucked as far as new music goes. I can't go along with this at all. Every year there is a ton of new music that comes out that floors me. I can't keep up with one percent of the things I want to hear. These were just the releases I managed to get a hold of; I missed a lot I'll have to buy retrospectively, and I apologize to the bands/artists I didn't fit on here that deserve it.

In no order whatsoever...

*Eleanor Murray  - "Thunderling." (Talking Helps Records): I became familiar with Ms. Murray's music in a very roundabout way, but I'm glad all the pieces fell into place the way they did, because I've grown to love this record. I booked a show for visiting musician/friend J. Marinelli (another member of this list) at The Rudyard Kipling, paired him with locals The Teeth and was told by the restaurant that Murray needed a show that night. We were happy to have her, and I'm so glad we did. Her show was pretty damn amazing. This album is wonderful and I plan on A) bringing her back  and B) buying more. "Thunderling" is a collection of live material from her 2010 album "Oh Thunder". Murray's songs are hauntingly aggressive in their own melodies, and show she is definitely creative as hell. "The Whale," "Scream" and "When a Heart Becomes a Heart" kill me.

[editor's note: have no idea why this switches back and forth from double to single spaced. just go with it.]

*J. Marinelli - "Pre-Skankery Sessions" (Commodity Fetish Analogue): Since meeting and seeing James Marinelli at Goodfolks Fest, I've been a fan. When he moved to Lexington from West Virginia, I was super-excited, and even more excited we became good friends. And he's a prolific motherfucker. Besides playing in Arcane Rifles (another pick here), he continues to crank out lo-fi wonderful solo one-man-band recordings that blow my mind with their naked songwriting and irremeable sound. I believe this was officially released near the end of 2010, but its goodness carried over into 2011 easy. Marinelli has a new recording heading our way in '12. 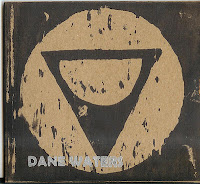 *Dane Waters - "Dark Waters" (Self-Released): Brilliant winter music from a very involved member of various facets of the Louisville music scene. I just reviewed the album, so check that out for a detailed look into this disc. And GO SEE HER LIVE.

*Tropical Trash - "Acts of Reversal": It was in '11 that I finally became aware of the feedbackings of Tropical Trash of Louisville. Like the aforementioned Ms. Waters, two members of this trio are from the anchor band Sapat, and have created some powerful music mixed with experimental sound structures and improvisation. Their live shows are intense (as discussed here and here and here). "Acts of Reversal" is the second collection of recordings the band released in 2011, the first being "Docetic Necro."  These two documentations of what I consider one of the best bands in town, and can be downloaded at their blog site, along with another EP and live recordings. The rumor mill chunked out the possibility of a cassette release soon.

*Natives - "Loose Secrets" (Rad Tantrum): I walked into Cahoots to see the noise rock duo Lightning Bolt making a rare appearance in town, and stumbled onto a loudness that I think I liked even better. Natives are Louisville natives, and although I couldn't see the band perform, I was impressed by their set, and was happy as hell to hear they would later open for own of my all-time fave bands Man Or Astroman? later in the year. Their debut album plays at 45rpm and is a pitch perfect platter of heavy thoughts and sounds. Them peeps have a future. The album sounds like aloof anger in the forest as a swirl of guitars shelter the vox in an over-cover of reverb. If you don't want the vinyl, go download it.

*The Seedy Seeds - "Verb Noun" (Eurodorable Recordings):  The Seedy Seeds come from up there in the North in a mysterious town called Cincinnati. I first became aware of their perfect pop selves back circa 2009 during a brief run I had as a part-time sound guy at the The Rudyard Kipling. Of course, I fucked up some of Margaret Darling's vocals because of  a mic error on my part during part of the show. Yet, they still played a set that somewhat set me on my ass, and I've made it a point to see every live show they've played here since. After the show, I apologized to the band, and they scolded me by handing me a tour EP featuring tracks from their 2008 release "Count the Days." In February 2011, the band released this beautiful full-length follow-up. Vocals are shared by multi-instrumentalists Darling and Mike Ingram, and the tracks are swoony pop. Some make you want to dance, some cry, some smile, which is what pop music should do. Check out their bandcamp site to hear and purchase.

*Bosco - "B is for Bosco" (Sound Workshop): Another EP I reviewed in a previous chapter, Bosco started up in Marchish 2011 and have already released two recordings, the first being "Basura Blanca" in June, and "B Is for Bosco" on cassette/online in November. Originally a three-piece, the band has grown into a four or five piece (depending on the show) and create some of the catchiest,scratchiest punk-country here in Louisville. I still can't get the chorus to "I'm Not Sorry" out of my head. Both albums are available here. 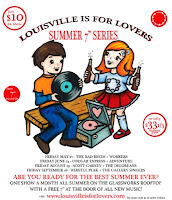 *Louisville Is for Lovers Summer 7" Series: These were all winners. Well, OK, I admit, I accidentally missed the Bad Reeds/Workers split due to work. The colored vinyl 45s released by curator John King and friends over the summer months contained some of my favorite tracks by some of my favorite bands in the River City. The series leaned toward pop sounds made by Louisvillians and I spent many a late night flipping them over and re-listening through the whole group. Besides the one I failed to grab, the other bands include the Deloreans, Second Story Man, Scott Carney, The Gallery Singers, Adventure and Whistle Peak. All of them were really great, although I'll admit my favorite two were Whistle Peak's "Ribbons" and Adventure's "The Green Is Always Greener," which might be my favorite love story set to song. I know both Adventure and Whistle Peak have full-lengths being released in 2012. 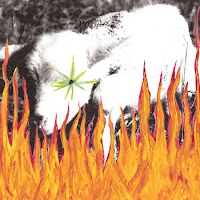 *Arcane Rifles - "Green Eye Will Save You" (Louella Records): Alright, alright, alright, alright...if I have to admit a numbero uno for me this year it was this seven inch from the shiny city up 64 called Lexington, a former hometown for me. Aforementioned one-man-bander J. Marinelli plays the percussion with both arms here, which bucks and kicks like a wild horse. One of my guitar-singer-songwriter heroes Ben Allen plunges through with the smell of feedback that breaks into an irreligious fight with his guitar. It's fast riffing that's lacerated by Phillip Farmer's mountainous bass. No angularities or footing around and through the genre; this is fast noisy rock. Allen's voice calmly screams at you to "Get Up and Off It" as though that was what you were supposed to have been doing all this time anyways, and I did and do every time this thing was put on my turntable this year. Fucking wonderful. Word I hear is they are currently recording more, which makes 2012 already awesome.

*J.Glenn - "Magick Eagle Ate the Magic Snake" (Position High): I've been pals with one-man-band J. Glenn since I moved back to this city in 2005 and have been a fan of his music since then, as well. His 2010 album "Long Time No See" is one of my favorite recordings from this state, and this follow-up is pretty amazing, as well. It's got KENTUCKY written all over it, and features some of the most introspective songwriting out there. Lo-fi DIY psychedelic banjo-keys-guitars-drums that stab at the head and heart like a backwoods basement toothpick. Favorites include "Laws" and "Old Friends Make the Best Enemies," which to me sounds like a lullaby for a stabbed brain. Hopefully there will be some local shows.

*Phantom Family Halo/Bonnie "Prince" Billy - "The Mindeater" (Sophomore Lounge): I missed out on earlier incarnations of Phantom Family Halo. At this point, the band almost seems like a supergroup of Louisville musicians: Dominic Cipolla (Dead Child), Neal Argabright (Sapat/Natural Geographic), William Benton (Lucky Pineapple), and Alan the Egyptian (softcheque). The first official release from Phantom Family Halo following the move of half the band to NYC, 'The Mindeater" plays like a beautiful and spooky concept album based around madness its relation to loneliness, which made me like it immediately. Will Oldham leads the vocals on all songs, and is joined by Slint bassist/Wild and Woolly Video-owner Todd Brashear harmonizing on a cover of the Everly Bros. tune "I Wonder if I Care As Much." Side Two of this creation blows my mind a little. A record that can make any moment of the day feel like 3 AM. The Phantom Family Halo has a new full-length recording due in February.

*Ma Turner and Weepjoy - "My Wheels Are Your Wheels and Your Wheels Are Fire": Ma Turner's latest project Weepjoy plagues my mind with its pointed colors and shifts in songwriting. Turner, also the brain behind Warmer Milks and the guitars of Cross, is a prolific one, grinding out gold and silver psychedelia like a hostile millstone. He's taken to releasing music nearly every other month or so. These are some of my favorite tunes he's put out there so far. The melodies lean into an almost virtuous pop realm, but stray along a contoured line that puts it into sadness and joy on some crumpled map he's following. I swear he touches late 60s country-rock on parts of this album. "Tonight" makes me almost cry.

These are the 2011 recordings I found myself listening to over and over. Definitely looking forward to 2012. Besides those mentioned above, there is word of new music coming from The Bottom Sop, Cross, Old Baby, Kirk Kiefer, and Alcohol Party, and a whole lot more my mangled mind won't let me recall at this sitting.

Buy stuff. Listen to it.