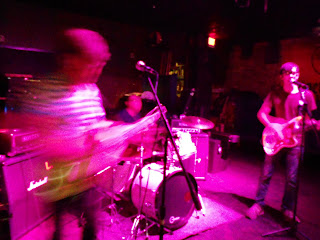 The bands Tropical Trash and Pussy Kontrol played at Cahoots here in Louisville on Wednesday August 10. I was there to witness it. They played with the band The Men (I believe from NYC) who are on tour in support of their new album, “Immaculada.” I only caught the last quarter The Men’s set and my camera died just as I started taking pictures, so I can’t really represent them here.

I want to apologize to all bands for my shitty photography skills. One of these days my camera and I are going to get along. Right now, we still have arguments during shows.

Louisville’s Tropical Trash opened the show, standing eye to eye with the crowd in the no-stage set-up at Cahoots. I had been at the bar catching up with my good friend Mike Turner of Pussy Kontrol and ran passed the pool tables to finally see this band for the first time. I had heard a lot of good things from a lot of people in town that like lots of good things, and they were all correct. 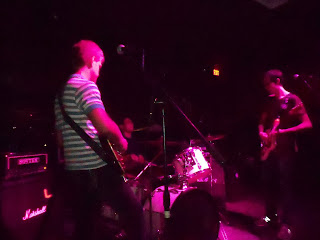 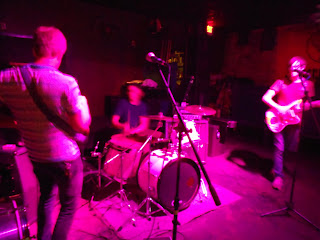 They’re a three-piece that start loud and stay loud and fast. The double guitar whammo by Jim and Kirk is a great blast of noisy rock and roll that never really lets up, fogging between bizarre tunings and big sound. Jim’s vocals were inside and outside the music. Each of them took turns turning their guitars into spaghetti at various points in the show. Jordan held it together on the drums, smashing along with them. It was much appreciated and I’ll definitely be checking them out again whenever I see they are playing. 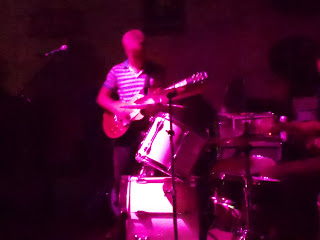 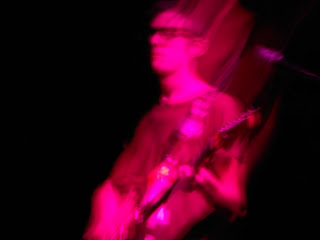 I didn’t realize that they had CD-Rs for sale. I want one. I had lent my extra five bucks for the evening to a friend so she could pay the cover, so I was out of cash at the time anyways. But next time, I’ll bug them for one.
Pussy Kontrol are four folks hailing from down the road in Lexington. I’ve known Mikey Turner for about a thousand years and seen him play in several incarnations and as usual, I loved this one. “It’s hardcore; well, it’s just fast, but it’s sloppy, but it’s awesome.” Yep and yep. 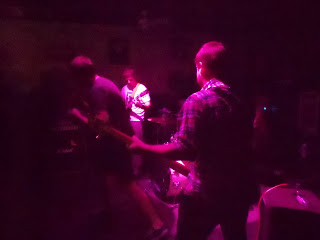 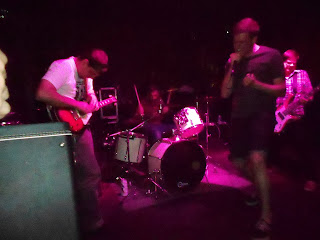 Mikey takes the role of bass in this group and doesn’t stop rigging through the music. The vocals were yelled all over the place, including down at the floor. I one point I felt like I was watching Motorhead beat up Gregg Ginn, but then again, it was better than that. They never really breathed in-between songs except once. “This is our last song,” Mikey said. “No, we have a couple more,” the vocalist said. “Oh, awesome.” And they did and they were. The set was short and to the point and I like that style: leave you wanting more like a Venom concert from 1982. 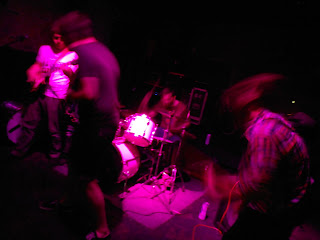 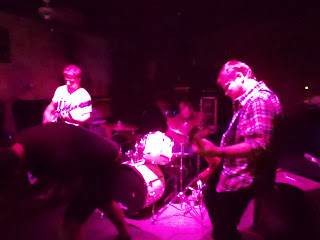 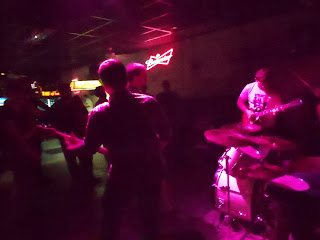 “That was fun,” Mike said, outside on the street. “I thought my arm was gonna fall off at the end.”
I’m not sure if Pussy Kontrol has any recorded music. If they do, I want to know about it. And I hope they come back.
Posted by Brian Manley at 1:13 PM