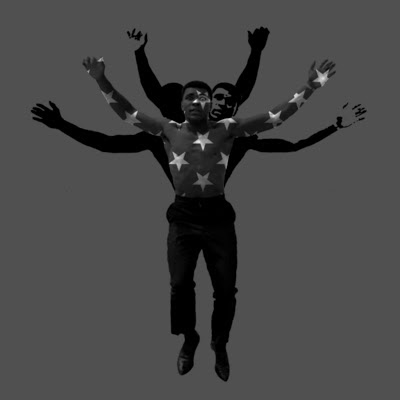 The self-titled debut CD from Louisville trio Neighbor is a quick run through pounding, pounding and pounding. Seeing this band live is like a mountain buffalo kicking your chest, and the CD envelopes that size and punch that the Neighbor people are.

The Neighbor people include bassist/vocalist Adam Kirby, drummer Aaron Sortman (both formerly of Zombie Chickens from Outer Space) and guitarist Sean Gardner (Twenty First Century Fox, Bu Hao Ting). Part punk, part thrash and part noise, "Neighbor" is a machine that never stops the pulleys from moving. Ten songs at close to 21 minutes, it's impressive how powerfully and rapidly the album slams open and never fucking subsides its push. Most of the songs poll in at around two minutes, never hovering more than to deliver the point. I appreciate that kind of aesthetic, and it keeps the album on this scale of move that never bores or lessens. 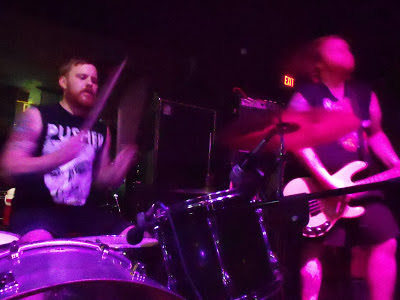 There are moments of a KARP or Harvey Milkish sludge on these songs, with Sortman's toms and Kirby's dirtily distorted bass hammering rivets. Kirby uses the bass as much to hold the rhythm in the backbeat as he does to serve as an underlying beefy bearer of the riffs. Gardner's guitar is impressive as shit, acting as a beehive of unrelenting noisy anchor that drops into and weaves around the songs, going all aggravated staccato, then flying off somewhere into an intricate speed note space, to come back and bandy the song back into the ground. And Kirby's low, throaty, growling vocals are perfect in this setting. 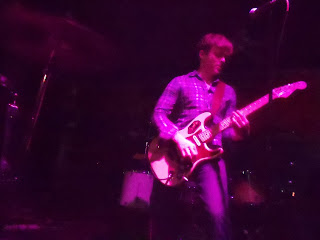 The breakdown in the latter half of "Two Shadows" is representative of this monsterfest: intricate fastpaced riffs pushed into the red and played with enough paganism and volume that the technique never threatens to drift leeward from the punk. And you can hear the madness that is Sortman's drumming. "Hordes" clocks in as their longest opus at 3:35, and acts as epic bullhorn on the album, almost anthemic.  Gardner's nimble lead on "Gunjumper" falls into an almost tricky hardcore thrash tune. "Televangelist" jumps between a catchy pummeled bass line and a mound of shredding. This whole thing is a great, loud, fast thing. 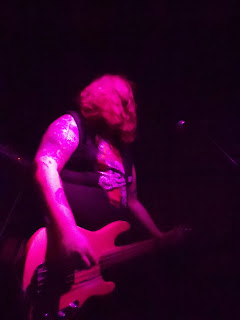 Neighbor will celebrate the release of the album this Friday, February 8, at Zanzabar with guests Anwar Sadat.

Email ThisBlogThis!Share to TwitterShare to FacebookShare to Pinterest
Labels: Neighbor