Interview with McKinley Moore of Natives 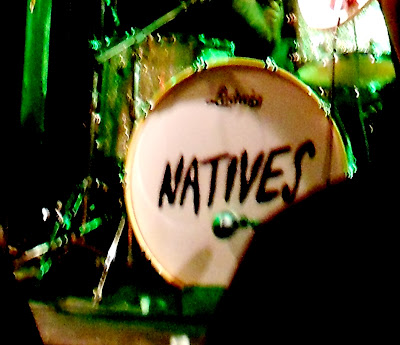 Natives has been racing through a liver extract of loosely tightened psych-punk abandonment for a couple of years now. Theirs is a barn of sound, literating a Stooges-cum-John Wilkes Booze rhythm-pound that eventually bleeds an immortal quitch-grass of noisy barrages that swing into a lawlessness of hallucinogenic night talk through three guitars. Behind that curtain of guitar is McKinley Moore, who was OK to talk about their upcoming show at the Louisville Palace as part of the Faces at the Palace series on Friday April 12.

me: What has Natives been up to since Loose Secrets came out? Is there a new recording in the future? What format, if so? What are you going for sound-wise? Any changes? Catch us up on Natives. Obviously, the addition of William from Anwar Sadat is a big deal. How did that come about? What changes has it led to in the sound of the band? Is this Palace show your first live performance with him?

McKinley: Since Loose Secrets came out, we received and accepted an unsolicited invitation to play last years SXSW festival. That was a lot of fun, even though I'm pretty sure it took some years off of my life.

After we got back, we played pretty heavily for a bit and then decided to take a bit of a break from playing to regroup and try to write some new stuff. We've only played once in the past 6 months and that was in Cincinnati w/ our bros The Harlequins.

We definitely plan on making a new record. We already have more than enough new material, so hopefully it happens soon. Not entirely sure about the format, but hopefully it is vinyl again. We were pretty adamant about totally self-financing and self-releasing the first EP. That was a lot of fun and a great experience, but since none of us are rich, we're hoping not to go that route this time around. Sound-wise, I think we're still in the same ballpark, but the new addition is definitely changing things up a bit. William is a beast. He's young and has a ton of energy so it has been a lot of fun. I love Anwar Sadat. I think they are pretty much the coolest shit around. We've all been friends with some of those dudes for a long time and have played a lot of shows over the past couple years, so its awesome having him with us. And yes, this will be his first show. 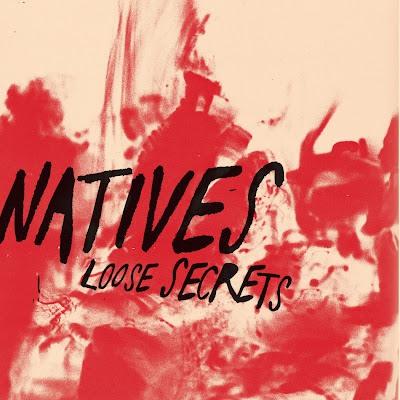 me: So...will you be debuting any new songs at the Palace show? How did you get hooked up with that bill?

I'm curious, and you can strike it down as me being way off, but sometimes I hear a bit of an Albini-influence in Natives. I actually never got to see you play until AFTER Loose Secrets had come out, so never saw your first shows. I was just wondering where you're sound came from in the first place. As in, when Natives started up, what was the goal as far as any kind of grounded aesthetic to the material. Or was there a goal? Maybe it was more, "let's just see where this goes." I know for a lot of projects I've been, there usually the "let's find the sound," even if its framed by "ok, we're playing around in these genres." 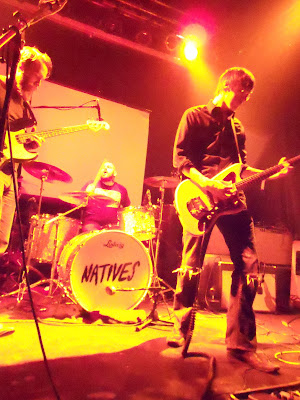 McKinley: We've got a couple new songs that we've been working on and we might play and a couple that I don't think have ever been played locally, so everyone should hear something new that night. As far as how we got hooked up with the whole thing... A good friend of mine, Sydney O'Bryan, is the marketing director at the Palace and set up this whole series. For my day job, I am a glass artist and she used the be the event coordinator at Glassworks. She and I worked together on setting up the first rooftop concerts there in the years before the business went under. All the ones we did were very successful and she's a fan of the band, so I was stoked to work with her again. She let me put the bill together and I know I always get bored at shows where all of the bands sound alike. So I wanted to make sure it was a diverse representation of things going on in this city. Greg from Karass is a friend and I've been really into the stuff they've been making since Dennis Stein (electronic musician Introvert) joined up. And a while back another Sydney, from the Debauchees, sent the band a facebook message saying nice things about us and that they would love to play with us sometime. So I went and checked them out and I really couldn't believe they were that good. I helped put them together with Gill Holland and get them a record deal and now we're finally making the show happen. So, needless to say, I'm really excited about the whole thing. 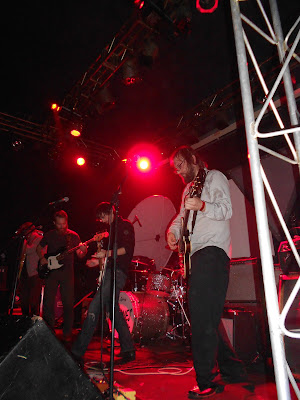 As far as our sound goes, I don't think there has ever been any sort of goal. It started with Matt Filip and I jamming in his basement all the time after the Invaders had called it quits. Drew joined up pretty immediately. It is pretty much built around the fact that we're all friends and we're hanging out all the time anyway. With 5 people in the band, it tends to pull into a lot of different directions. A couple of the dudes grew up listening to punk, a couple rock and pop, and I'm into more psychadelic stuff. I think all of those influences have helped to turn into this thing that is sometimes tough, sometimes weird and sometimes catchy. I've always been a fan of something Josh Homme said along the lines of "Music should be tough enough for the boys and sexy enough for the girls." And the Albini thing is interesting and makes a lot of sense considering how Loose Secrets was recorded. Most of the credit for that would have to go to Mike Bridavsky at Russian Recording. He definitely comes from that school of recording engineers. When we made that record we had enough money to go to the studio for 2 days total for recording and mixing. We practiced until we had those 5 songs locked down and we recorded all the instruments live at the same time in the same room. Most of them we got on the first take. And when it came down to mixing, we let Mike go at it alone and then listened to see what we thought should be changed. I don't think we made a single change. 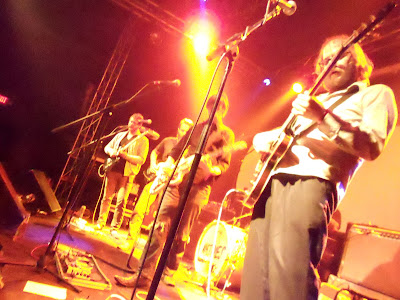 Natives will be performing at the Louisville Palace on Friday April 12 with Karass and The Debauchees.