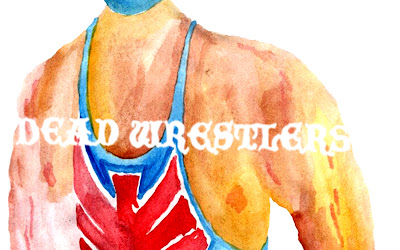 We're stuck in muck. Muck that is slowed down by a non-going Winter. It's eating us all. We're queached in a dumb Winter that has quarantined us in a quicksand pit. Trying to lift our legs and relieve ourselves. But we're stuck in this.  Nothing but wintry discharge. Fucking stupid. Held back.

In this Winter bullshit, the "Dead Wrestlers" tape is a fucking godsend. Like, no, really: GODsend. Like there is a GOD, and everything you thought was bullshit was actually real and the Steve Martin joke about how everything you thought was bullshit that I just repeated was real, and there was a Heaven and Angels and that bullshit was real, and you were handed a cassette from this bearded muscular man from a cloud in an linstock hand firing fucking music at you from beyond reality.

I saw Life Partner something like a year ago at the Chestnut House.That place has died. Life Partner lives. LIVES. And he/it/they still LIVE in the muck, making tuned-down beast-clomp-tempo observations that amount to simple truisms that make a stuck Winter possible to survive. I think he's somewhere still in Chicago-via-Louisville. Doesn't matter. This is mayo for the soul. It's quid for the consciousness, dripping putridly on your fly at 3AM. 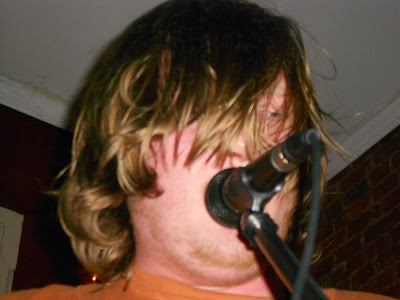 This tape is actually more upbeatish than that last one I procured, "Dogs." This one finds the guitars and drums turned up more. Faster tempos. We're still succumbing to Aaron Osbourne's qualmy life view, but it's a life view I subscribe to. These are visions that happen when you don't believe what you see, hear and especially what you do on a daily basis. And you don't care. It's a garage-punk-grunge-rock-fuk all that communicates some sewn honesty.

"Dead Wrestlers" is in direct lineage to "Dogs," but finds it finding more of its own findings, and not fighting it. Bigger. Actually, my main compliment is that there are more songs here to enjoy from Osbourne. His songwriting is to the point; lyrics don't fuck around. Straight to the stab. Doesn't make chopsticks in getting to the coffin. Quaalude vox over downstrummed distortion. Depressocore? No. I find solace jammed in this heavyhanded heartedness. Let's invent new genres. Gloomrock. Bummergazer. Shut up, me. Stupid Kids. That's me. Don't listen to me.

And is the song "Life Champion" referencing Sophomore Lounge mates Giving Up and State Champion? Am I scouring too much into this? That song has the optimism I look for with Aaron: "I'm giving up, your god is dead." 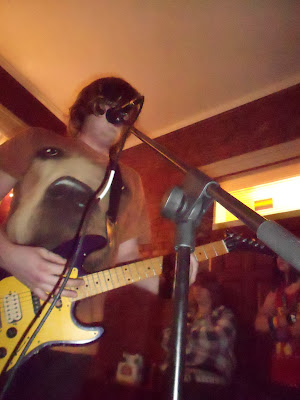 Osbourne writes some goddamned catchy choruses here while addressing the foothills of regular shit that happens in regular life, and it's what I appreciate about his songwriting. I mean, Jesus, "Live for the Day": It's honest and "you have no plans for the future, you're a loser, that's how it is."

Available on Sophomore Lounge and at Astro Black Records.