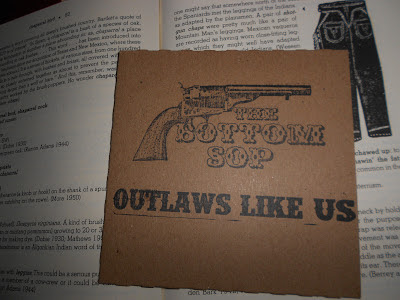 FULL DISCLOSURE: DERRICK WADE MANLEY IS MY BROTHER. Read at your own risk and attitudes towards the ethics that supposedly exist amongst music blogs in 2013.

This is jukebox dance music, swarmed by polished cowboy boots and holding hands late night with domestic beers and tucked-in buttoned-up shirts. There's a brashness in the two-step boogie acknowledgement of swing in the moonshine drunkenness that will occur. There's definitely a lake nearby. The wranglers are itching between oars or fisticuffs. Either way, it'll be a summertime.

Outlaws Like Us is the second release from Louisville outlaw honky-tonk outfit The Bottom Sop, led by songwriter-guitarist-singer Derrick Wade Manley. While this band started with roots in the realms of country music inspired by 1960s and 1970s duets and standards by such teamed artists as Loretta and Conway, George and Tammy, Porter and Dolly, mixing elements of singer-songwriter material with trucker country, this CD presses that seed and and follows the groundwork into the 70s and 80s, presenting a faster-paced, more upbeat sound. It also cements Derrick and Lindsey Anderson as a country vocal duo that deserves attention. 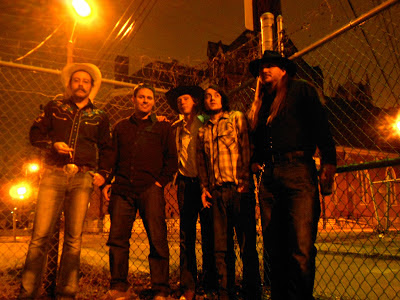 This is a record that shoots whiskey and thinks of Red-Headed Stranger, swinging into a faster-paced 21st century production, but with the same teeth. Much like Willie Nelson's album, Outlaws remain the theme throughout. With songs like "Fast Love," Derrick heads into a quick-paced pop song, much like his heroes did during the 70s of Nashville's Music City reign. "Wakin Up Country" hearkens back to grandma cookin and a life I've really barely ever known captured in a nice chorused Waylon pace. The thing is, this is the most mature thing I've ever heard Derrick write, and I've heard his songs since I was, I don't know, six years old? 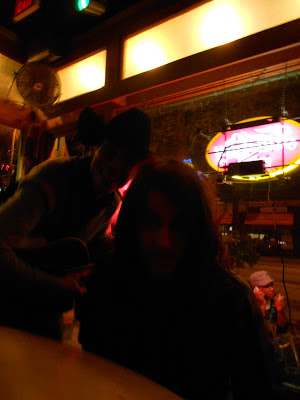 I have to applaud new bassist Matt Thomasson and steel guitar player John Fauver's additions to this group. And Kenneth Allday's leads are always right on. Both Derrick and Lindsey lead the album out strongly. I'll give it up: The title song is the best thing they've ever done. Nice job, gang. 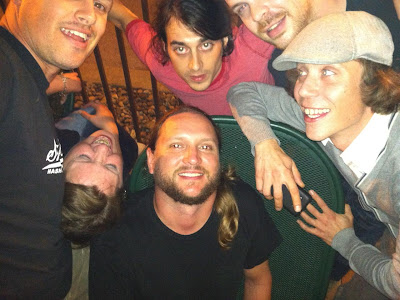 The Bottom Sop is playing their CD release party at the Highlands Tap Room Grill on Sat Jun 8.

Email ThisBlogThis!Share to TwitterShare to FacebookShare to Pinterest
Labels: Derrick Wade Manley, Lindsey Anderson, Outlaws Like Us, The Bottom Sop