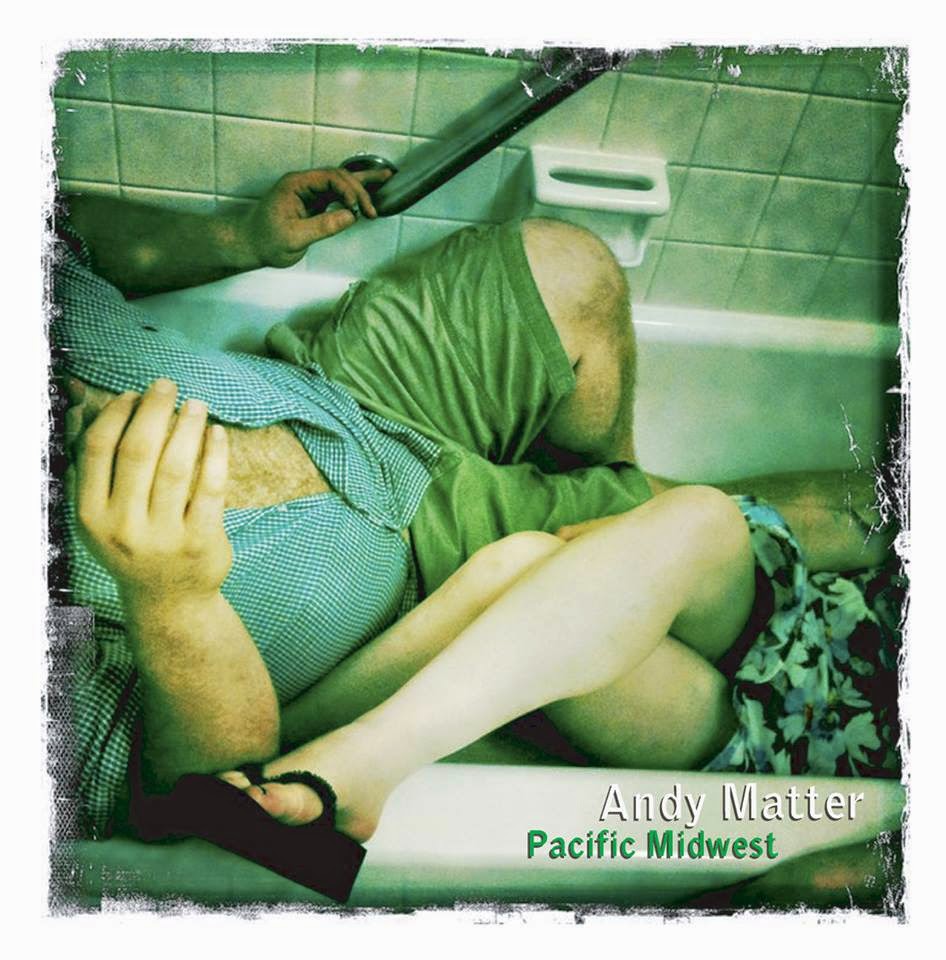 I think it was winter.

"Look for his car; I never know which house it is unless his car is on the street."

Soon inside, we hovered over Albini's version of Cheap Trick's In Color. We drank, smoked, rolled. On an exercise ball. It's here I heard some of the first rough cuts of Pacific Midwest. Shawn saved my notes and read them back to me:

Bullfrogs.
Tom Hanks in Big.
"Is it like you were milking a cow?"
"You have chosen wisely, son."
Jack journals.
"Don't take the Chalice from the palace."

I don't know what any of that fucking means (except jack journals, which I'll explain in person next time I see you), but I'll try and remain true to my gut drafts and fit them in here.

Andy Matter's kick-drummed himself into being a basic constituent element of the physical reality that is Louisville music. The Touched, Red Light Relay, Health and Happiness Gospel Band, Opposable Thumbs, Mimi Von Schnitzel, Furlong, Adventure, Butter, Legba Bentonia, Whiskey Dick, etc...His hands have been in so many cookie jars, both his crumbs and crud rock are strewn throughout this music scene.

Pacific Midwest has been a labor of love for the multi-instrumentalist/singer-songwriter. It's a potage that stews the experiences, sounds, influences and flat bullfrog weirdnesses Andy has performed and survived into one catchy postcard that culminates into a fun read. Almost like TOM HANKS IN BIG, Andy has moved from the toy store to dancing "Chopsticks" on the giant piano.  (wow...I can't do it anymore. that was painful.)

Less of the Stooges-influenced crud rock Andy marauded his drums to in the early 2000s, Pacific Midwest is more of a dissolve into a collage of garage anthems pitted with heart-on-sleeve vocal deliveries in almost storytelling frames. It's a mix of personable observations that builds upon clever lyrical delivery through a voice that hovers between assertiveness just as it might waver into a bettering worriment. Lines from these tunes are as likely to get across someone with ire and frustration as they are to put across something with aspiration and hopes.

As much emotion is worn on truth, so are influences. The melodic rock of Guided By Voices, The Replacements, even Sugar, posture themselves into tunes that create golden choruses. This has the drive of a bombastic rattled rock that can morph into the pleasures of a bouncy jangle pop and back again in a snap. The vocals can waver and shake like Eric Bachmann or Doug Martsch. Check out the first video from the record, "Carbonation," a barnburner brandishing a nailed slap-backed riff:

Fuck it, let's all just put this album on and go swimming at the quarry. Good beginning to summer.

PS: Is it like you were milking a cow? See: jack journals.

Andy Matter's record release show for the cassette + download Pacific Midwest on Gubbey Records will be Saturday, May 17 at Modern Cult Records. Also on the bill are The Teeth and Tag Team Guys.