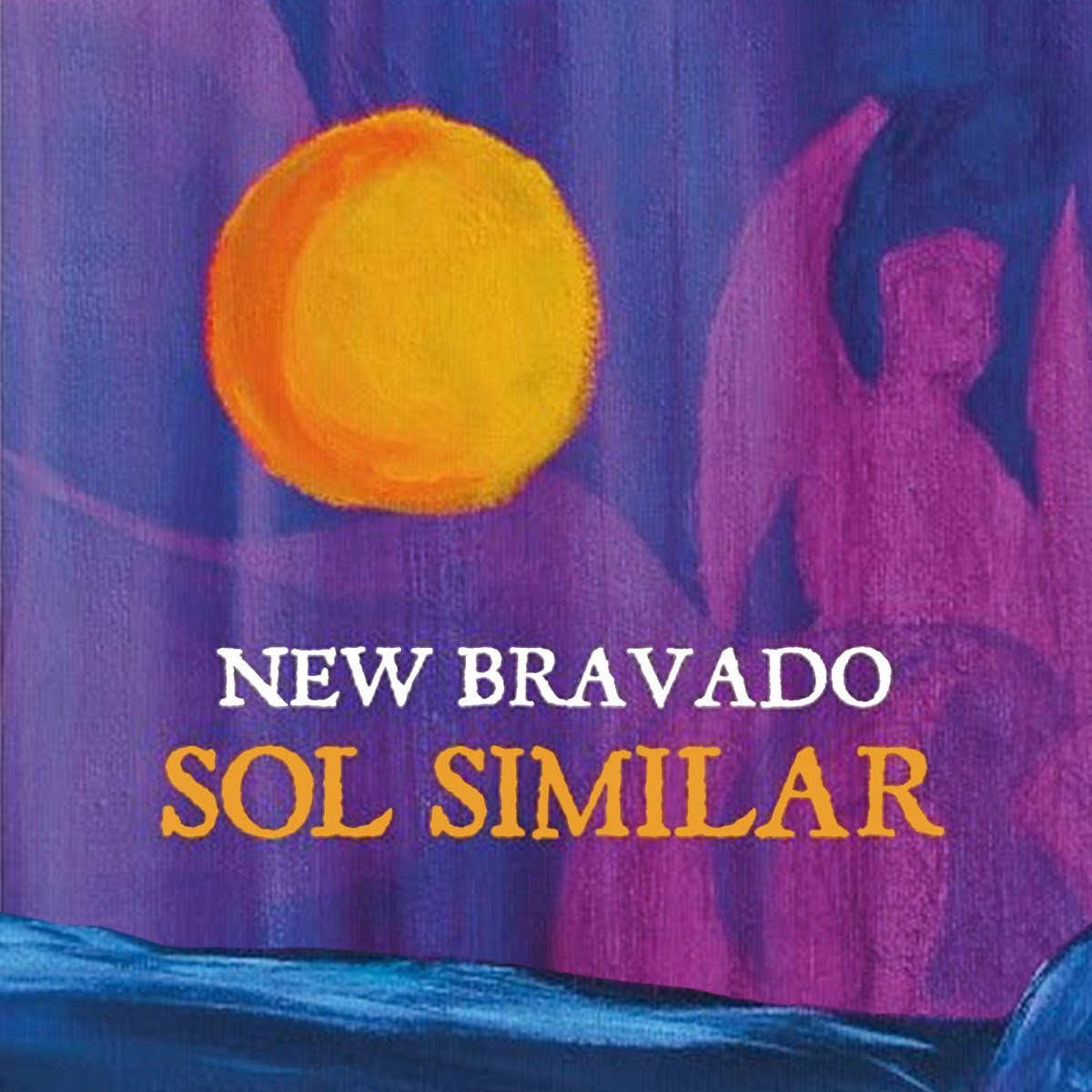 Chained to a crownwork of droll, lulling proles humming a repetitive low. A misunderstood hoof through the boredoms of a grey pod day. Stick this in the tape player. Play and blossom. Succumb to all these things that are cured in heat with hugs of distortion.

It is this. This New Bravado. This new cassette single. All and that. Sucked into the menage of instrumentation of this "Sol Similar." A slow drool of softly drifting vocals and camouflaged in strums and skies and drips from the reverb.

New Bravado returns to us from atop a golden star making golden showers of golden acid on our brown, dirty heads. Blueing and blacking, this band has appreciated further time travels, backpassing Sabbath and instead bounding into the heavy psych and power fuzz of the 60s, whence came Eden's Children, Banchee, Lincoln Street Exit.

Play and suddenly it's summer, 1971, a dirt yard, sweating out moonshine, dosing, and starting anew. Staring at the sun for years, until finally realizing it's the sun's reflection off the hodgepodge chrome from your front yard van, yawning with you, a magic arrow of Abaris abating your mind into a numb blur.

Then it's night, and the shift is unnoticeable, and you don't know how, and it all happens again with the Moon, and soon friends have stopped by, and the panning chants begin in the abracadabra of the dark, warm, narcotic Kentucky night.

"Sol Similar" and "Long Head Blues" are about the groove drowning in an analphabetic swamp of words and riffs. Ben Lally's voice retires further and downward into a retreat of reverb. Lower. Fading into soft echoes. Adam Copelin's bass leads everyone into a rabbit hole of misty strums lined on scriptured mirrors and near whispers, until the chords become heavy firefly trails.

This is about the clock and its banishment. And downstrokes onto Big Things like God and Zeus and Love. New Bravado just broke open some real shit and is passing it out, mad hatter style.

This band became one of my favorites in Louisville with the release of their debut full-length Unconscious Afternoon in 2013. The new "Sol Similar" cassingle shows the band has only upped its style and presence. Looking forward to more, hopefully in the near future.

New Bravado will celebrate the release of "Sol Similar" on Gubbey Records with a show at Modern Cult Records on Saturday, April 19, and will be joined by Opposable Thumbs.