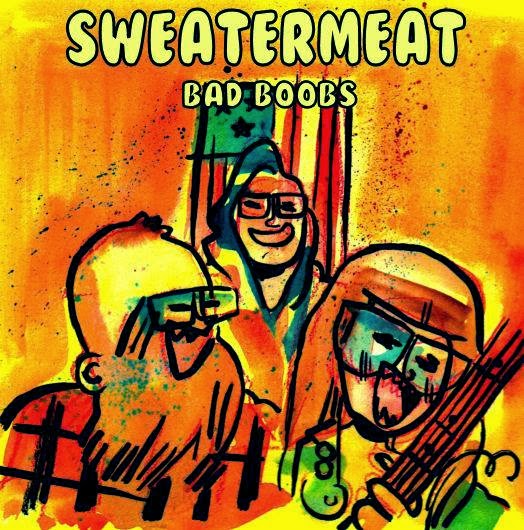 I'm not sure how many releases there are of Sweatermeat records, or Sweatermeat-related recordings,  on the local Eviction Records label. I find them in odd places. On the bus. Under garbage cans. Once, the vocalist/bassist for the band, Yoko Molotov, walked up to me and silently handed me a stack of about 10 CDs and without saying a word, turned and walked away. A man next to me leaned over and whispered, "that seemed very mysterious."

Eviction Records houses a variety of performers who act as a family, contributing to each others' work in a huge collaborative incestuous effort to create no matter what. It reminds me of the Free Sound family in the late 90s in Lexington, or the CD-R releases of Logos here in the Louisville circa 2005. Lo-fi experimentations created cheaply and released into the world. Releases from these bands, such as Pajama, Sweatermeat, Niles Kane, Harpy, or the huge collaboration concepts like Pot Brownies on Christmas , are as punk as it gets. Photocopied black and white covers on home recordings ranging from loose narrative punk garage to trashy formless jams to conversations cut-up and mixed back on themselves to straight unrecognizable high-decibel shrieking noise, all most-often honed in-the-red. In a way, this is some of the most important shit being made in Louisville.

Because, at some point, fuck pretense and just make something.

That often lacks in the bigger levels of players in a city's music scene. Carefully crafted jam sessions exist, sure, but they are often regulated only certain players and that can breed gates of stagnancy and snobbishness. It's a nice fresh freak air to hear someone make something (many things) without a whiff of pompousness. Not saying I don't love the Big Rock, cause I do. But these folks do these albums with an energy and a genuine love for experimenting with sound, as well as a friendliness, a sense of humor and a fuck you to convention.

That being said, Sweatermeat's latest CD/cassette Bad Boobs looks awesome and sounds awesome, and the band has upped the notch on their previous records. The trio's usual minestrone plash of lo-fi volumes puked against a brick wall are suddenly roped into a slightly more controlled and dare I say honed and direct effort, and it works, because it comes the closest to capturing what they sound like live. This is all energy without a care of self-importance. 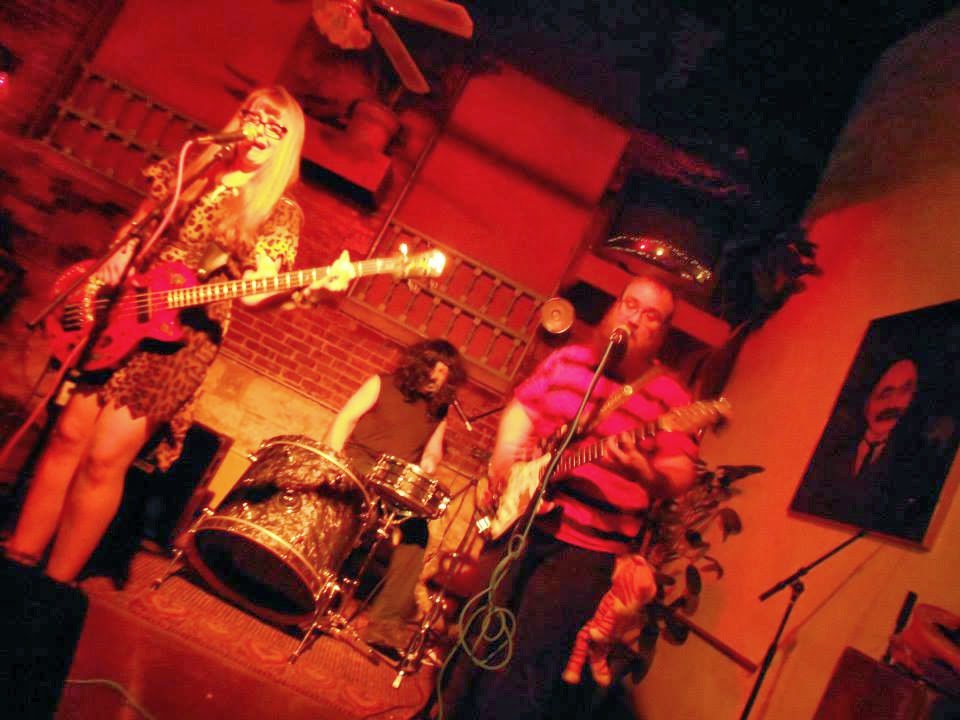 "Surf Dick" is Yoko singing in full brattiness armed to the minx with one the best cooked bass guitar tones I've ever heard. "My Name Is Bo" (with Bo Borders) is backporch storytelling rear-ended by a bad ass fuzzed-out surfy instrumental. "Boy Got a Turd" is simple, funky, and has a desperate need to convey that a boy has a turd on his back."Party All Night" is actually as fun as it sounds. And "Saturday Morning" is a collection of cartoon theme songs ("Heathcliff," "Duck Tales," others) mashed into Neutral Milk Hotel's "Oh Comely" for a catchy, creepy effect.

Sweatermeat trapses through Bad Boobs, acting as its own Minerva of artistic sloppiness, full of people you can tell are as much bandmates as party-friends. Few bands seem to exhibit this dangerous attitude of not-giving-a-shit if they're in the cool crowd and just making some goddamn tunes. I see it with Rude Weirdo and The FuckMunkys, and a couple others; it's refreshing. Sometimes having a sense of humor can create some of the most brilliant, fearless and connective music.

Sweatermeat: the higher they get, the better they sound...to themselves, and me.


Sweatermeat's record release show is Saturday, April 26 at Mag Bar with The Awkwardnauts, Friktion and KP and Me.