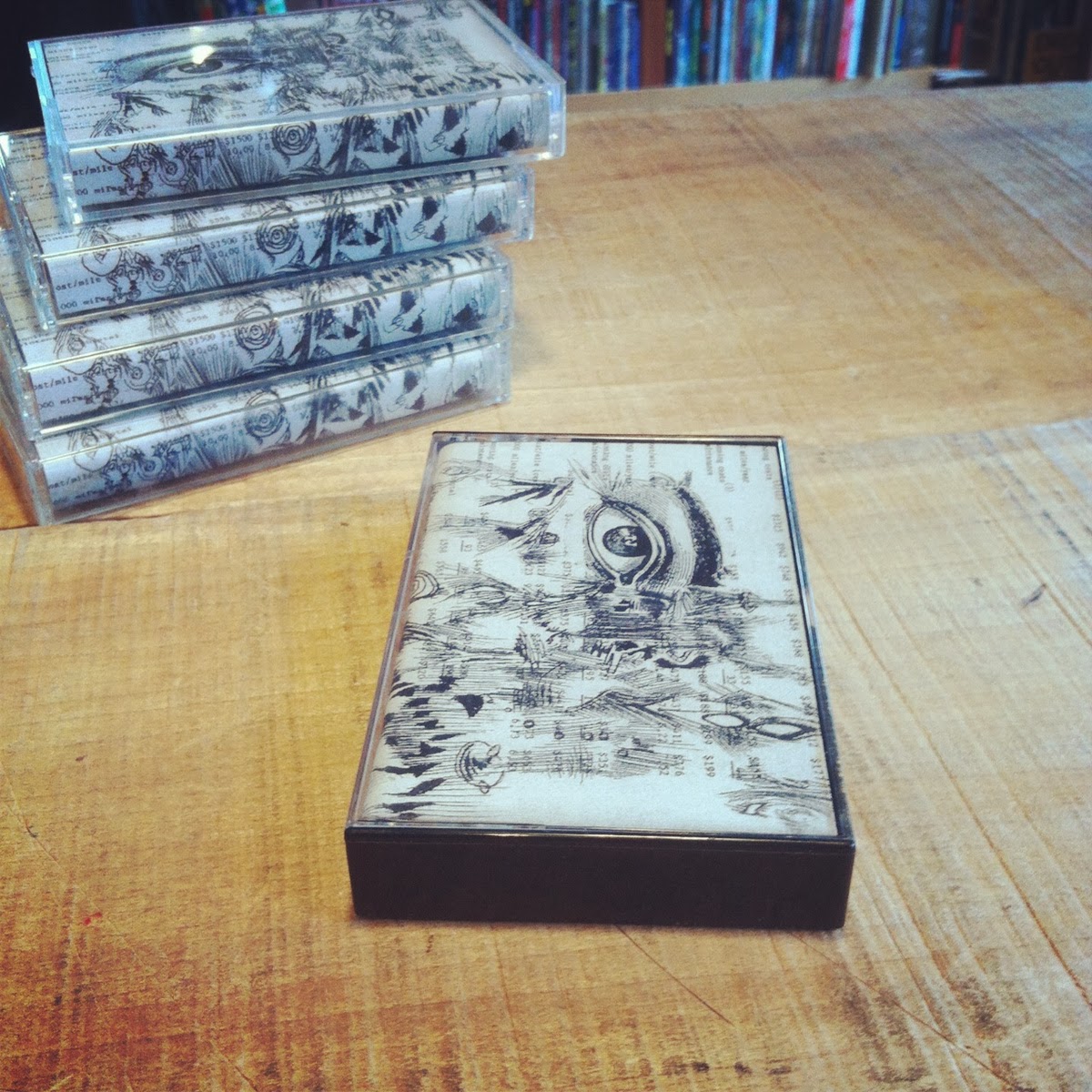 Everything is running slower. Not microwave speed but oven-bake speed. It's not the speed, it's the meters. Every word is latent by a small lag, each keystroke doesn't deliver until a split second later. Makes me pause between every letter punch. My thoughts wayfare and drift during track one, "Coco Heart (Revelations of John Bosch)." I've listened to it several times now, all 16 minutes. And it's the notes inbetween.

I was told an old cat of mine died yesterday at 16 years old. In another city, 90 minutes East. It's been a week of passing on. We're still looking for the obituaries. And the Glitches. Nine gigs cleared last night. Three hours. There's an abortiveness to translating Romanian word after word; lost. Tomes. Everything is behind. Borodin, Hungarian, the Miami peoples of Wisconsin,  microficheing, circulation problems in the legs. Breathing is exhausting, Dave.

This is what happens when I listen to "Coco Heart." I get sucked into thoughts and zones. It's a subtle track of unguessable instrumentations. I think there are some kind of reeds in there; definitely some synths. Sometimes they sound like jazz; sometimes like birds; sometimes like trawling schooners from the future. I can't stop listening to it on some days. It makes me lost a little bit in what's around me, and coats all that in what's in front of me. A hazy alertness. Good Raw Thug.

This is a mysterious release by Raw Thug. But, as usual, immersed in its own MIA predictability. I mean, what fucking album isn't mysterious by him/them. Originally released in 2011 by Bezoar Formations, Loin Seepage has brought this back to life via cassette. There's experimental instrumentals and there's that one jazzy rap-spoken word title track. "Painting toenails, if you know what I mean."

Sugar Pills is a subtly sharp ESPish escapism that realizes the vitality in bent guitars and electronics and uncovered sounds still swilling in leftover wet leaves of last Fall and drying in sun. It's planted in a Solaris earth, surrounded by a hull of "Owry Giant Girlfriend." Sometimes it's better to read characters that you don't understand at all.

Available at Astro Black Records and on the Loin Seepage site.