From Hillbilly to Hipster (A Devolution): J.T. Dockery's Remembrance of Some Nice Kentucky Record Stores Past He's Known to Benefit the Reopening of Mark Rudolph's "Closing Doors"....Part I

As part of a series of record store remembrances to help promote the Indiegogo campaign to fund a reprinting of Mark Rudolph's graphic novel "Closing Doors" (Nix Comics), American Gloam is presenting an installment by artist/musician JT Dockery. Part I focuses on Dockery's memories of brick-and-mortar stores in rural Kentucky, as well as Recordsmith in Richmond. 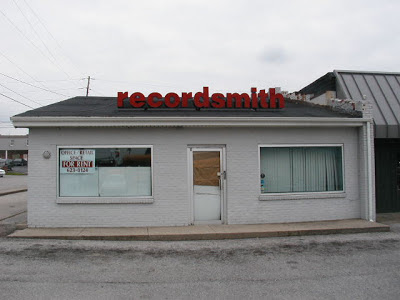 
Growing up in rural eastern Kentucky, and when I say rural, I mean rural Jackson county. The county seat was Mckee which had (and still only has) one stoplight, population 500 (I lived a few miles away in the slightly less cosmopolitan Gray Hawk area). The notion of record stores seemed like some distant urban dream. Born 2/5/76, it was a drive of at least 45 minutes that ever even put me in areas that had your K-Marts and Wal-Marts as retail outlets that sold albums, singles and tapes.


I did have an early interest in pop music. My first purchases bought with chore money/allowances (my parents were both school teachers, so compared to many of my peers in the cash poor agricultural landscape (most of Jackson county was and still is National Forest, actually), I had a relatively posh middle class existence). Top forty eighties radio and the rise of the music video were my first informants. I recall with distinct clarity the feeling of putting a 45 of Madonna's "Like a Virgin" on my Fisher-Price record player. The first time I ever remember becoming aware of Prince was seeing a Prince and the Revolution on a female classmate's notebook. I remember my best friend getting four copies of Michael Jackson's "Thriller" album for his birthday in that year of the gloved one (1984--and for the record he refused to give me any of the extra copies (he went on to become a conservative Republican)). And in third grade I recall sitting in class and staring at another friend's copy of Whodini's "Escape" album on cassette and, not even listening to it, staring at the j-card at my desk as if it was some artifact from an alien culture.


At this time, the closest relative to a bonafide record store on my radar would have been the chain variety seen in shopping malls of the 80s. The nearest place that had these was an hour and half drive to the "big city" of Lexington, KY. As my "musical taste" developed, and the advent of cable tv was followed by the input of Headbanger's Ball which made its debut on MTV in 1987, followed by Yo! MTV Raps in 1989 (although I had jumped on the rap (I wouldn't have yet used the word hip-hop to describe the music) bandwagon with RUN DMC's "Raising Hell" album from '86 as one of my first full length cassette purchases, my tastes veered toward rap and metal: the two musical forms that a) had the least to do with a rural Appalachian upbringing/lifestyle and b) the most likely to annoy my elders).


All this rambling, parenthetical or not, to me to circa age 12 (1988). The first time I became aware of any actual independent record store would have been around this age. Some buddy of mine, I know it would have been one or two of my older metal head pals (punk had not found its way to Jackson county, seemingly), hipped me to the fact that there was a record store in Richmond, KY (about a forty five minute drive away): Recordsmith. I can still recall vividly my first trip there. It was the first time I ever stepped into a record store that seemed, although I wouldn't use the word at the time, curated. The vinyl, the tapes (I can see the locked boxes for the cassettes in my mind's eye) and the burgeoning compact disc format were not like your department store or even mall record stores...this selection was not all the flavor of the month new stuff plus a random flotsam and jetsam of older stuff and "classic" big sellers, oh no, this was the entire discographies of bands/artists. And stuff I didn't even recognize. The first clerk that helped me was Martin Shearer, and opening up the cassette section for me in the general K-L area, he looked my young frame up and down and said, "I'll bet you're getting a Led Zeppelin tape." My little hand was in fact reaching out for something from the KISS canon, feeling like maybe I should pick up something by Led Zep instead, and it was also the first time I'd encountered the zen of the indie record store clerk/store owner. 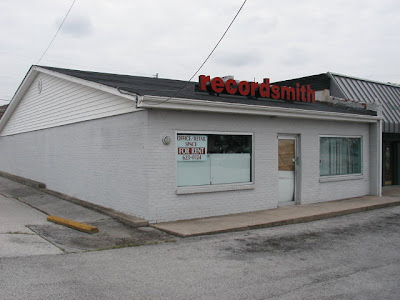 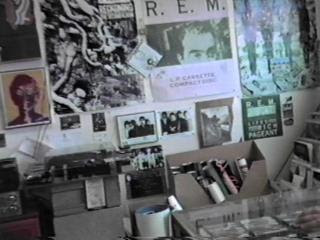 I was hooked on that kind of experience. It turned out that Martin was in the Lexington-based band Stranglemartin (who, starting in '89, had a nice run of a few years putting albums out up through '95 on indie labels and did make some indie rock scene waves) was my clerk that day, and his cohort, Jeff Duncan, who also played in Lexington bands, quickly came to recognize me and watch me "grow up" in a sense. My own tastes developed into my teen age years, and they also helped to guide that taste, making suggestions as one album/one band led to another, and I descended farther into more obscure metal and into punk rock and the emergence of the 90s alternative scene. They even put the zine I put out in high school in their magazine section. And when my mother remarried, we moved to Berea, KY which was only a fifteen minute drive from Recordsmith, and when I started driving, solo-trips to Recordsmith became common. Those guys even got to see me with my first "real" girlfriend senior year of high schook, who was from Richmond come in together; she had been, on her own, a loyal customer growing up going to shop. And even after I moved on to Lexington for college, I would still stop back in and see those guys. I even ended up playing some shows on the same line up, as a musician myself, with Jeff's band, later on. 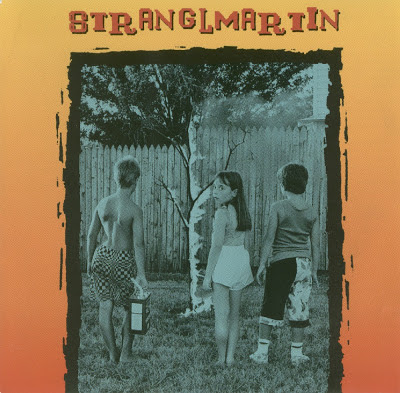 The move to Lexington put me down the rabbit hole of the infamous Cut Corner Records on Limestone. There I would see cartoonist John Howard working on his comics in the downstairs section of the store (the vinyl vault that gave way as the popularity of vinyl waned into the expanded video rental section--the store did not live to see the reverse of this dynamic, haw), but I was too shy to approach him about his work (we would get to know each other later). And I knew of his work primarily via an interview with John by Aaron Lee, whose zine, "Blue Persuasion," was a big hit in the zine world. His girlfriend at the time, Mary Burt, also published "Sad Magazine" (she worked at a store next door to Cut Corner) and cartoonist Peter Bagge gave props to them in an issue of his comic book "Hate." Made me feel like running down the streets of Lexington yelling at people, "Don't you realize how cool that is that Aaron Lee and Mary Burt were plugged by Peter Bagge and THEY LIVE RIGHT HERE AND WORK IN OUR HIPSTER STORES!" Oh well, gone are the days. And gone are the days when the people who worked at Cut Corner at various times there as age 18 and 19 became my early twenties were my "elder" shaping and informing my interests in music/zines/books/weirdo culture in general. Not to mention the connection that many of us shared via WRFL 88.1FM, the University of Kentucky's student/volunteer non-commercial radio station.

Submit your own memories of record stores to Ken Eppstein at Nix Comics (ken@nixcomics.com).

To contribute to the Indiegogo campaign, please click here.
Posted by Brian Manley at 10:02 AM

Bury the thunder, make way for the rain.

That is fantastic. I loved Recordsmith. Glad that my old band Central Rock Company could be of assistance photographically.

Man I was just thinking about this cool record store. Miss those days.

Got tons of good music and posters there.