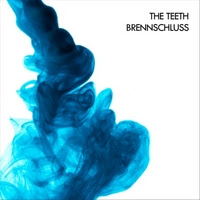 The Teeth don't chaw on just any post-punk muck, never spending too much gulping the molasses and butter of predictable no or new wave that gangrene some punk. It's a descendant of victuals of the crud-garage, as well as the surf-math that can walk barefoot far back into certain Louisville bands of the past.

Ben Herning's vocals alter per song, throwing a wordy state of mind through verses that are sometimes sentences, at times creating islands of almost-stories, inlets of narrative concepts that ferment kvass-like into some some exotic mountainous climax, or maybe anti-climax, within the song. Calling The Teeth anything broad-tongued like garage, proto-punk or post-rockcore is pointless and off. This band has been mining their own sound since 2001, and the current lineup has been exploring the tracts of raw theurgies since 2005, twisting, pulling, scraping and making these genres into their creative own. 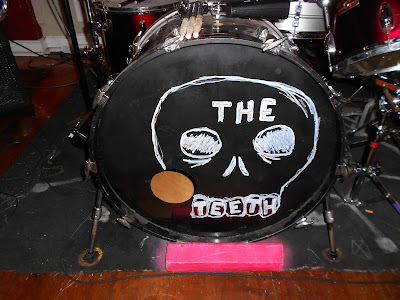 In Minutes brilled with The Teeth's volted imagery, much of it produced by Brad Anderson's dirty fucking abstruse bass, which seems to war through the songs with its own aggressive walking, bending the songs left. I've always found there to be something dark within the jangle of The Teeth's music, and I think the bent nature of Matt Dodd's guitar colonized in Anderson's abstracted bass lines add a hard-heart to Herning's voice. JR Rector's percussion is just as combatively original.

Brennschluss continues to explore this stark rock n roll, sometimes popping into rhythms and melodies that  are both intricate, accessible, bring about head-bobbing and send your mind into a divorced mental state that makes you question your reality. Philosophical garage? Kinda scary. But fucking moving and real. 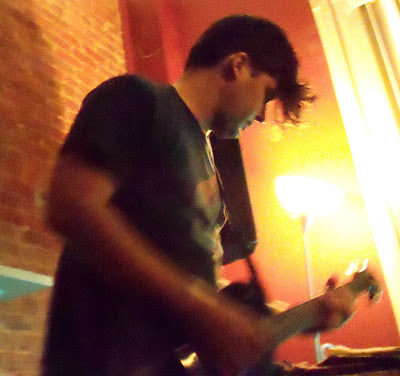 That disassociated bizarreness bleeds through "Wormwasher" like a dark idea and plunges through "Removal Acoustics," afflicting the song with a soundtrack edge for black nights in unsure places. Even if Anderson sets a groove, Herning's vocals claw cerebrally at the walls. I've seen "Woody Allen Stole My Baby" performed in a room on Chestnut, and it frightened me into a galleyfoisted Byrne dance. So glad it made the cut. Is it about Mia Farrow? Dunno. And that "Sergeant Phoster" is a laid back romp through rebellion and is my favorite. 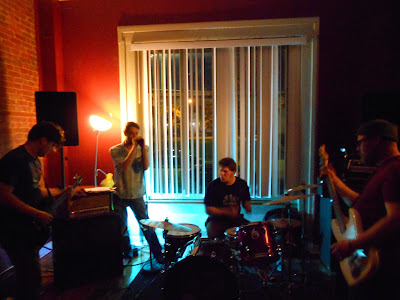 This album scares me. I love this album more each time I hear it.

Brennschluss by The Teeth is being released by Noise Pollution. The band will celebrate it at Lisa's Oak Street Lounge on Saturday, May 25, with special guests Asm A Tik.