Interview with Ryan Patterson of Coliseum 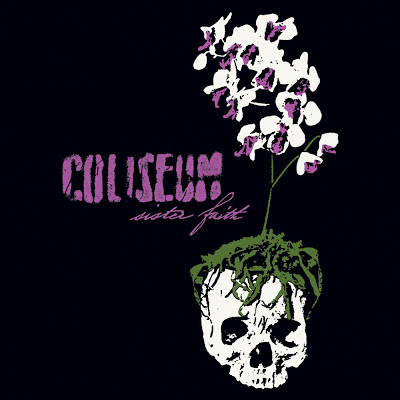 Coliseum has been breaking it open the last few weeks, tearing through blogs and sites and bandcamps and whatall with news, reviews and talk of their latest LP Sister Faith. The album was released on Temporary Residence at the end of April, and has gotten knocked up for an aeolian glide that has brought accolades from Pitchfork  and Stereogum, as well as this absorbing analysis by popmatters.

This isn't really a surprise. Begun in 2003 by guitarist/vocalist Ryan Patterson, Coliseum has been impressing people with release after release of gripping post-punk/punk rock/loud music/whathaveyou, both in and out of Louisville. Coliseum put out a split seven inch with Superchunk, goddamnit. They were signed to Relapse Records. Their albums are produced by fucking J. Robbins of Jawbox. Echelons have been reached for this band. We always figured they'd return, and they did it boulderish.

Sister Faith is a distorted kit that checks the simple truths of life: death, sorrow, pain. But its not all raw screams. Patterson has graduated passed the level of needing to impress with tilted nongagged anger. It's one of those moments in a discography that seems to capture the energy and grueling effort a band has been cranking through for 10 years and lord over that experience with a personal mantra that glues the treatment together perfectly. Robbins understands this sort of music. Bands like Jets to Brazil have benefited from his input, as now does Coliseum.

Oddly, I knew of Ryan more through his other bands. Black God fucked my mind up at 2am at Cropped Out a couple of years ago. And Whips/Chains destroyed me at a house show in 2012. Plus, we managed to work a few months together at one of our favorite places in Louisville: Wild and Woolly Video.

The Sister Faith record release party for Louisville is tonight, Friday May 10 at Zanzabar. Opening will be Tropical Trash and Anwar Sadat. I'm gonna mouth off and go ahead and say it'll be one of the loudest and best band battles of  the year. I appreciate Ryan taking some time to fire back some answers to some questions. 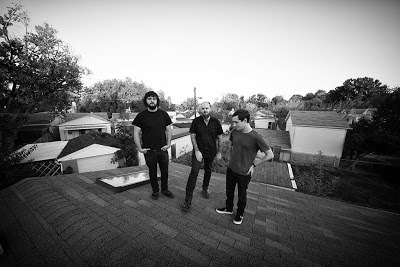 American Gloam: It's been interesting getting to know you and Evan [Patterson] separately since I moved back to Louisville a few years ago. I was just curious if you two have ever collaborated. I know there was the split seven inch between Coliseum and Young Widows, but I meant in the same project (this question might prove some ignorance on my part right off the bat, but I'm willing to throw that out there)...

RYAN: Well, Evan and I did bands together since we were kids, but most notably Evan formed the National Acrobat which I joined after about a year. The Acrobat was one of our first bands to receive a fair share of acclaim and tour a bit. After that band broke up, I started Black Widows with Rob Pennington, Evan was upstairs at our house while we were practicing and since we didn't have a bass player he came downstairs...and joined the the band. Black Widows eventually became Black Cross and we did a couple albums and a lot of touring. Evan also started Breather Resist during that time and I started Coliseum shortly after that. We haven't played music together since Black Cross ended but we often talk about it. I'm sure it will happen again eventually. 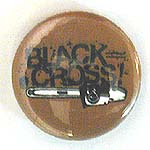 AG: What separates Sister Faith from House with a Curse? That popmatters.com article describes the changes since the first album, but from a songwriter’s point of view, what do you feel the biggest differences were between what you have to say now and what you had to say 3 years ago? Or, yeah...lyrically what has changed over the course of the albums?

RYAN: The approach to both records is essentially the same but I guess we always get better as songwriters and players... I think we knew more of who we are as a band during the writing of Sister Faith. House With A Curse was pretty adventurous for us but it maybe lacked on fun a bit, it was really dark and dour, while still being a damn solid record in my opinion. My point of view changes daily, or at least expands with age and exposure, so the lyrics change accordingly. Sister Faith was great affected by death, loss, confusion, and ultimately love and hope. 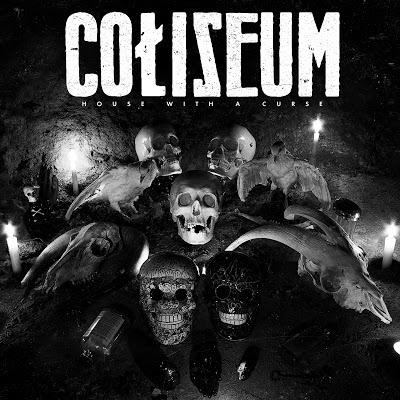 AG: That being said, what about the changes in musicians between the last album and now.

RYAN: Kayhan Vaziri joined the band on bass and we clicked into gear in the best way possible. He and Carter, our drummer, are lifelong friends and have played in countless bands together so their chemistry is incredible. We were all operating at the same level and able to make these songs the best they could be.

AG: I’m so impressed (and jealous) that you have recorded with J. Robbins of Jawbox, a band I listened to in the 90s. What would you say he has brought to the sound of Coliseum? To me, it makes perfect sense, considering the sound of Sister Faith. Bands like Jawbox and Shudder To Think and even up through to stuff like Jets to Brazil, Robbins brought a mixture of post-punk aggression mixed with extremely personal lyrics, which I feel is existent on Sister Faith.

RYAN: J. helps us perform at our best and make the songs as good as they can be, makes them sound great, documents them in the best way possible. He feels like a fourth member of the band, he's a great collaborator, a great friend. He makes you better by being supportive and excited, also by helping to create and capture very wonderful tones and sounds of the instruments, amps, and vocals. J.'s bands were big influences to me, along with a lot of the bands he recorded like Kerosene 454 and Monorchid, and the bands that were his peers like Girls Against Boys, Fugazi, Shudder To Think, etc. He's the perfect match for what we're doing because we're coming from the same perspective and in some ways he's part of what shaped that perspective in us.

AG: How long is this tour and how do you plan on keeping your sanity during it?

RYAN: This tour is never ending! Well, this specific run is about five weeks across the Eastern part of North America, then we'll head back to Europe & the UK for a couple weeks to do some festivals over there, then come back and do some midwest and East Coast stuff before finally going out West again, then probably going back to Europe! I just try to stay as chill as possible, get as much sleep as I can, stay healthy. It can be difficult but luckily I have great bandmates and we all get along really well.

AG: Are you or will you be working anymore with Black God?

RYAN: Yeah, Black God and my other side project Whips/Chains are still active, but both bands are mostly on hiatus for the rest of the year. Black God just finished our third 7" EP and it will come out sometime later this year on No Idea Records.

AG: Only asking you this knowing we're both huge movie nerds: were you a Ray Harryhausen fan? He was one of my biggest idols. Been on my mind a lot since his death yesterday. Seems like someone you might have been into. Just curious.

RYAN: Of course! I grew up with stop motion and Harryhausen's effects and the people he inspired. I loved Clash Of The Titans as a kid, along with the Sinbad movies, all the various monster and dinosaur movies he did, Might Joe Young...all that stuff. It was such a big part of movie magic, it didn't seem real - it seemed beautiful and magical. I really hate CG, I'm tired of it and mostly bored by it. I love practical effects, even when they aren't that great. I'll definitely miss Ray Harryhausen and hopefully stop motion won't die with him.
Posted by Brian Manley at 9:27 AM