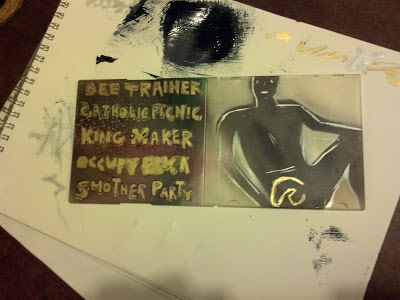 Some kind of god made Alcohol Party to fuck with us. To twist our inner gears and skewer our ears into putty. This band's live shows have made me call in sick to the office in the past. No use slinking into a cubicle with a beaten, withered brain stem. Four temperaments spilled, soiled, sloshed through, abandoned, running across a linoleum floor, down a floor vent covered in cat hair/dust balls. The Casual Sex will make you vomit sanity from the pounding screws it drills through your cerebrum.

This hits like a raw bone thud to the head. Several times. But in a complicated rhythm. Not just thud, thud, thud, thud. Some of that shit is 7/8 time. Or worse. Or better. I think it's taken a while to get my brain around this. Alcohol Party can be a loud rough noisy band. Alcohol Party is also some of the most complicated music being written in Louisville's landscape today. 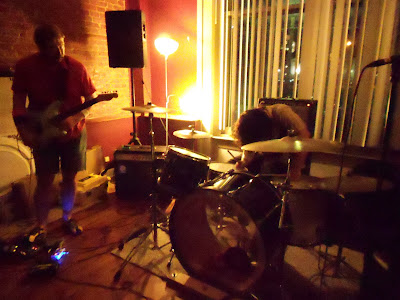 Opener "Bee Trainer" immediately jellies the mind into tomato paste with it's hyperdynamic dissonance and strange jumps between chorus and verse. Make no mistake that Alcohol Party is loud noise rock n roll, but it strays so far outside any expected lines. There's a machine-tool tightness to the sounds and songs. The radar bouncing back and forth between guitar/voice/electronics by Zach Johnstone, drums by Jeff Komara and bass by Matt Watkins is a calculated erraticism.

These tracks are some of the fastest, loudest and most intense on record. The Casual Sex is like being in a room full of pulverizers set at speeds you can't guess; once you have a rhythm or some pretense of a groove down, another aspect of the song hammers from beside you, shattering your legs, crushing your hips forever. The angles in "Catholic Picnic" and "King Maker" get jagged. You might not be able to dance to it, but you can rip up asphalt and toss it at car windows to it. Johnstone screams rapid and afflicted like an abstruse neurotic, interjecting otherworldly electronic blurps through volumes of thick guitar. Watkins' bass is aggressively animalistic, matching Komara, who destroys drums with a monstrous measure and time.

The Casual Sex gets my vote for the most intense thing released this year. 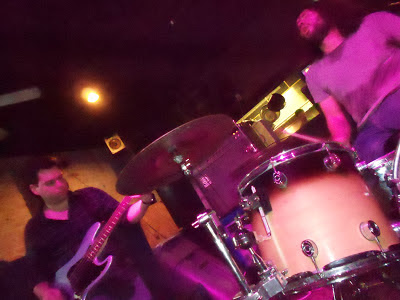 Terrific topic. I like it ..............
Funeral programs to memorial programs are gaining popularity because they provide grievers with another way of memorializing
http://elegantmemorials.com/memorial-poems