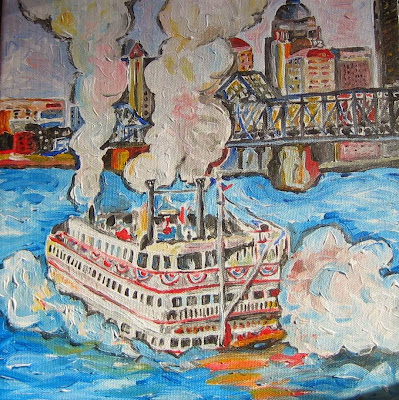 There have been one million Louisville compilation records. From The Sunny Side of Louisville to John King's Louisville Is for Lovers series (King just recently released his latest, There Is No One, a week ago from this date), there have been a comps that spotlight the indie rock scenes, the punk rock scenes, all the scenes.

Gubbey Records, headed by engineer/producer/mastermind/musician Dave Rucinski, has created a perfect audio photograph of the currency of the Louisville music scene with the release of Head Cleaner, a two-cassette, 46-band comp that runs through the musical agriculture of the River City without barriers or worries about genres or buzz. This is what a comp can truly be: a complete, undiluted archive in the truest sense of the word. There is no leaning toward what bands are the most popular, what bands play genres that are trendy; this is the music being made in Louisville in 2013, and it's tremendous.

Rucinski is a fan of the city's music and of the many facets that make the scene here. Independent music is a large part of this town made by a huge variety of people. Most nights in this city there are shows of such differing species, it's a beautiful thing in all its diversity. These tapes present formations and ruminations on garage rock, punk, dance pop, harsh jazz, mathy metal, outlaw country, rockabilly, prog-rock, noise, singer-songwriters, thrash, twee, old-time string tunes, jangle rock, psyche-rock, electronic pop and all forms of experimentalism in-between. [full disclosure: I play guitar in one band on the comp.]

To even attempt to dive into the meat here is almost impossible, just because of the scale and quality throughout. Bandying about back and fro: Adventure's distorted-garage pop; Rude Weirdo's freakish-drive; Blackbirds of Paradise goth-fun; Opposable Thumbs' frenetic punk; Plastic Melodies' Pixies-meets-Primus screech; Danica Ransom's homemade dance tunes; Stonecutters' speed metal. MU makes sounds that I can't place the origins of. "Russian Space Things" is one of the best songs I've ever heard by the elusive Humongous. Light Box is a band I'm completely unfamiliar with, and love their "Drum Song" electronic dips. And I still don't know what Bus Hus are even doing; I'm still trying to figure them crazy motherfuckers out. 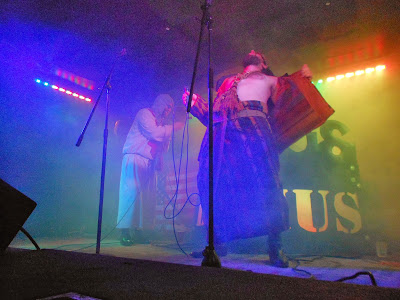 And that Sick City Four track. Jesus Christ. Hurts it's so good.

That's the beauty of Head Cleaner. It's an atlas of the current machinations of L'ville, and a teaching aid, and a great listen. Rucinski mastered most of the tunes here, and everything is sparkly. Hard to argue that this is one of the best releases of 2013; the diversity and tunes here are perfect. Thanks, Gubbey.

Available through the Gubbey website, and Louisville record stores.