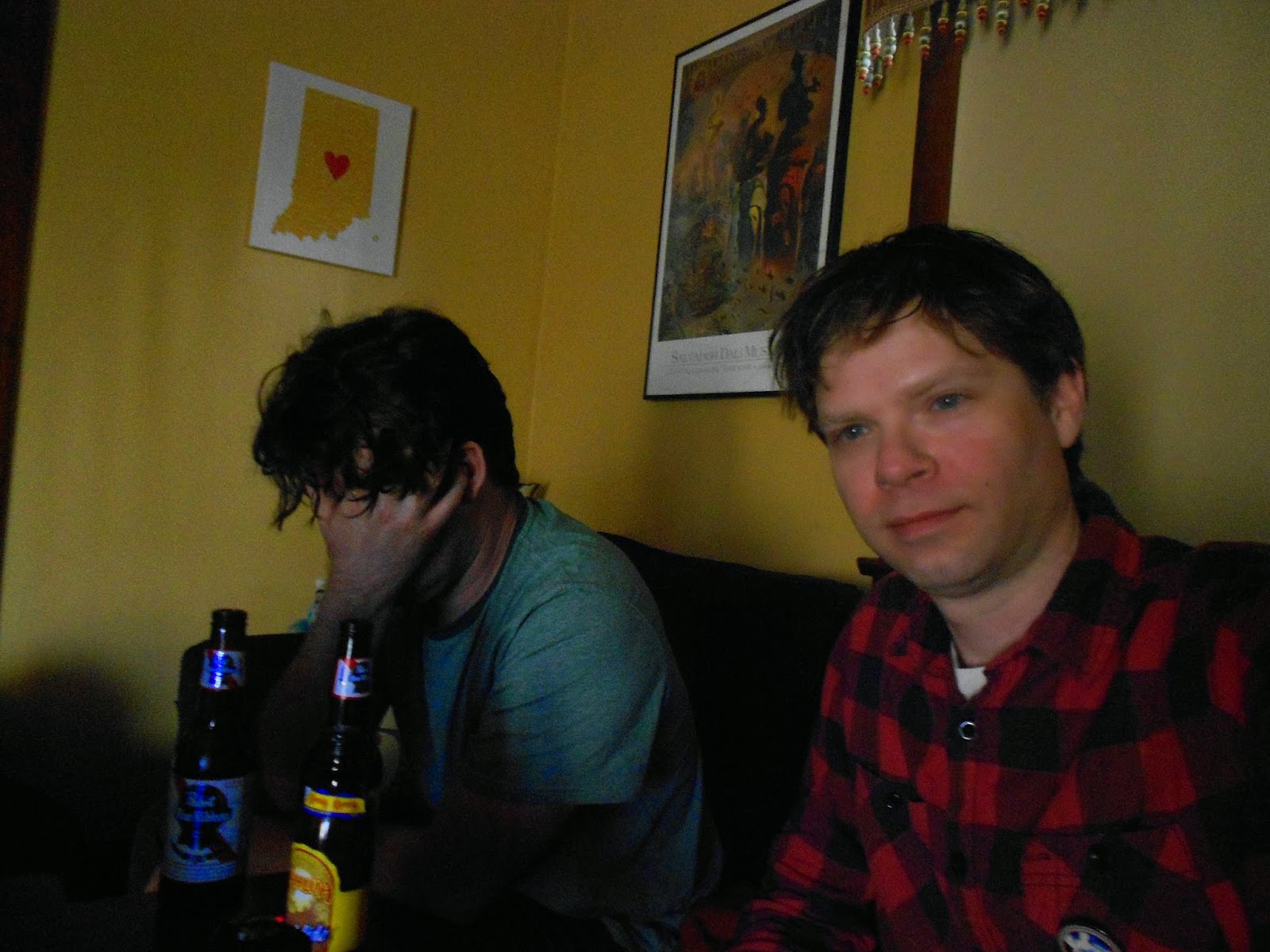 
Part two of my meeting with M. Dodds, and his assessment of the bands that are playing at Louisville's Forecastle Festival during a magnificent and scary five or six hour meeting over libations. See here for part one.

BM: “Alright, I’m interested in this next band. Blue Sky Black Death… could be a positive metal band”
MD: “Yeah, could be… something….”
BM: “You know what I think the worst band name is? They played at Phoenix Hill, and they’re from the 90’s… Hed Pe? It’s spelled like this [writes it down]”
MD: “I… don’t know what that means”
BM: “They played rap funk metal. They’re from the 90’s”
[A brief silence, then laughter]
MD: “Of course they do! I’ve gotta go use the latrine.”
[BM begins playing a Blue Sky Black Death track. MD returns]
MD: “Is that Hed Pe?

BM: “No, that’s Blue Sky Black Death. It’s weird that on the Forecastle site, on each band’s page they have the latest tweets about the band that have been sent out. It’s right here under the Forecastle Radio”
MD: “That could be to the detriment of many of these bands. [Reading a tweet about Blue Sky Black Death] ‘All I wanna do is chill and bump. Glaciers all DAY!’…I don’t know what that means. “
BM: “I think ‘Glaciers’ is the name of their album.”
MD: “Oh, so it’s not a giant pile of cocaine.”
[More drinks are opened]
MD: “Is this still the same thing?”
BM: “Yeah, it’s Blue Sky Black Death, I put it on while you were in the bathroom”
MD: “This would maybe not be too bad, but I don’t get people who go to festivals to see this kind of music.”
BM: “I think if you did some ecstasy, maybe do some of this with some glo-sticks…”
MD: “I think this all boils down to that I’m just kind of an asshole who has fun by griping about things. I guess I’m just not the target audience. It’s not that I don’t like this style of music, I do, I just…. I guess I would say, if you’re really high, maybe go see these guys. And stand in the sun”

MD: “I’m trying to pretend like I don’t know who these guys are and just judge them based solely on their band photo. I think I would think this is an all right band photo”
BM: “I like the band photo because it catches Neal in mid-drink”
MD: “It’s always good to see someone in a band photo who’s just not even participating in the photo. They’re just ‘Nah, I’m thirsty, I’m gonna have a drink’”
BM: “Jonathan looks like he’s making a break for it.”
MD: “I like that the description here is just a description of their album that [recently] came out. It’s always very nice to see people not participating in ‘band bios.’ “
[Shortly after this, somehow via a discussion of Twitter user names, the conversation takes a weird turn into 5-10 minutes about how every state in the US and possibly the entire world  is pretty much just full of terrible people and there’s really no place to move that doesn’t seem awful. This concludes with MD saying “every place just sucks. You should just live your life until you die and then you’ll just be dead and you won’t care anymore.”]
BM: “Alright, let’s move on”
MD: “Yeah, you might as well go see Ole’ Baby”

Leagues
MD: “ This band photo is… it’s ‘you look this way, you look this way, and the guy in the hat will look at the camera.’ Oh, but it says they’re infectious. We should probably hear a little moment of it here eh?”

Johnnyswim
MD: “I kind of like the name actually. If they sound like Weird Al I’ll be totally into this band.”
BM: [reading the description] “’it’s a mix of Lauryn Hill and John Mayer’…”
MD: “Goddamnit… but they are very attractive people?”
[we listen more or less silently to one track, then start another]