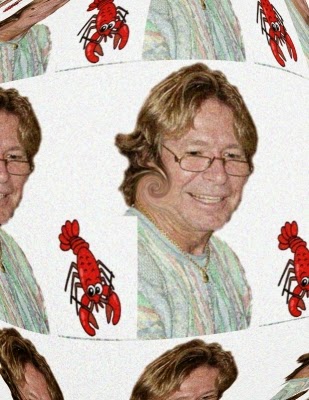 This is the beginning of the end of our preview of Forecastle Fest bands. Reality began to sway, and M Dodds and I struggled to stay on task. Tangents began to rule. Life changed. Tears were shed. Beer was spilled. Mudslides were shared. Hearts were broken. This is part one. This is part two. This is part three.

MD:  “We gotta see some Reignwolf, baby. Maybe this will rule”
[We play a track]
MD: “Huh, he’s yelling stuff in the background. Maybe this is a blues song?”
[Some bluesy vocals begin]
MD: “Oh. No…but...you’ve got [this picture of] this guy leaping in the air…he’s just leaping… what note do you think he played?”
BM: “That’s a good jump.”

BM: “I do like his [Avey Tare’s] list of influences here.. .Arthur Lee’s Love, Misfits, The Cramps…”
MD: “Oh, you like the Misfits? You know who else liked The Misfits? Metallica. You see how they turned out.”
[A lengthy discussion ensues about the intense disappointment we both felt at seeing the video premiere of “Enter Sandman,” and the dark period that followed when we tried to convince ourselves for a couple of days that Metallica’s black album wasn’t  awful. The phrase “a textbook example of convincing yourself to live a lie” is used to describe this time. We eventually return our attention to the Slasher Flicks video.]
MD: “This is kind of giving me some hope for this band, I hope this is what it sounds like. I feel like maybe someone made a booking mistake booking them. “

MD: “Nope. Alright, these guys have horns, they’re a brass band. I liked Mucca Pazza a lot? These guys look kind of serious.”
BM: “They have a song called ‘Sweet Dreams Are Made Of This.”
MD: “Oh, so they’re gonna play covers in the style of ‘Brass Band’. Let’s hear some of this.”
[We listen to some of that]
MD: “I don’t mind people doing covers in the style of ‘Brass Band’, but I don’t know that I wanna listen to it for like 40 minutes. Although, maybe they’ll get weird somewhere in the middle.”
BM: “Well hopefully they’ll do this and then they’ll also play something else.”
MD: “Yeah, I don’t know, if they just play cover songs in the style of a brass band, I’d you’ll probably think its novel, if you don’t have any novelty in your life.”

Drew Holcomb and the Neighbors
BM: “Now don’t forget, you have your lifeline.”
MD: “Oh yeah that’s right, I haven’t called…”
BM: “Be sure to remember, you need to do that at some time. I don’t know, is Trampled By Turtles gonna be the time for that?”
MD: “I feel like I’m gonna need somebody’s hand to hold to get through that… Drew Holcomb and the Neighbors…. Man anytime it’s somebody and the somebodies… any time I see that…”
BM: “Wait, before you get started, you’ve got to read this. It beats wildly literate.”

MD: “’ Drew Holcomb, a Tennessee-born, duck-hunting, French-speaking, bourbon-drinking, 1st-edition-book-collecting, golf-playing Eagle Scout with a Masters degree in Divinity from Scotland's University of St. Andrews’ Jesus [expletive(s) deleted] Christ.”
[Brian laughs at my incredulousness.]
MD: “I’m just so…”
BM: “Sick of humans?”
MD: “Alright, let’s hear some of this….”
BM: “A song called ‘The Wine We Drink’”
MD: “‘The Wine We Drink.’ Of course. He’s super literate. So Literate.”
BM: “He’s like the Buckaroo Bonsai of music. He does everything.”
MD: “Man, Buckaroo Bonsai was an all right movie, right?!” 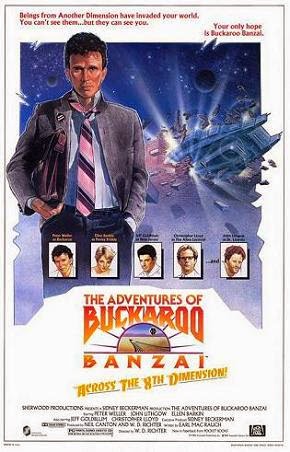 Tourist
MD: “You’ve watched Twin Peaks, right? You know the character James?”
BM: “Alright, look, it’s on my list of things to watch”
MD: “It’s okay. He looks a little like James leaving town. Let’s hear a little of this guy”
[We hear a little of that guy, but before it starts…]
MD: “You know what I heard for the first time the other day? Snoop Dogg’s ‘Drop It Like It’s Hot’. Have you ever heard this? It’s pretty good.”
[The track continues to play while we talk about Drop It Like It’s Hot]
MD: “I don’t dislike this.”
BM: “Pelvis thrusting?”
MD: “Yeah, sure.”
BM: “That’s almost like a rating at this point”
[It would appear that Tourist is no longer scheduled to appear?]

MD: “Looks like there’s a heavyset guy in this band maybe. I’m into that.”
BM: “Does that change things for you?”
MD: “Shit yeah. Their band photo is kind of alright. I assume they’re not seriously into looking like this... This is a ridiculous photo…”
BM: “It’s got one of the My Morning Jacket guys in it, I knew we couldn’t go a festival without a My Morning Jacket guy somewhere”
MD: “Alright, let’s listen to a track”
[We listen to a track and end up comparing and contrasting My Morning Jacket and Pearl Jam for a while, then talking about Pearl Jam for a while, things get pretty confusing, as evidenced by the following]
MD: “…you know, Red Lobster also has Lobster Fest-  it’s already a thing.”
BM: “Yeah, but, I just like lobsters”
MD: “You like lobsters as… an animal? They’re not arachnids are they? What are they, what’s the name for… they’re not a…”
BM: “A fish?”
MD: “No, they’re definitely not a fish.”
BM: “They come from the sea…”

Charli XCX
MD: “Charli Ex-see-ex. Or are those Roman numerals? She probably hates it when people say it like that, but you shouldn’t call yourself that if you don’t want people to pronounce it like that.”
[We play a track, and render a first impression moments into it]
BM: “I’m into it”
MD: “I’m kind of already into it also.”
BM: “Let’s hear a verse and see what…”
[The verse starts]
Together: “Nope.”
MD: “I’m going to let you watch the rest of this while I get into some peeing.”
[BM listens in silence while I’m in the bathroom]
MD: “I’m not gonna say you should avoid this, I’m just gonna say you should maybe make sure someone call you like a third of the way through the first song so you can go do that and then come back to it and see what you think. Like especially if it’s kind of an upsetting phone call, like, if someone calls to say ‘I’m leaving you!’ or ‘You’re going to have to pay for your trash pickup from now on!’. And then come back to it.”

Nightmares On Wax
BM: “Are there any more mudslides left?”
MD: “Oh yeah.”
[I go to retrieve mudslides from the kitchen]

BM: “Nightmares on Wax”
MD: “You’ve heard their groundbreaking singles?”
BM: “Are you kidding?”
MD: “We’re gonna have to share this one [the “mudslide”]
[I tell BM the tale of why I know who Nightmares on Wax are, what little I know about them, and play him something I already have rather than anything on the website. The subject of music that’s appropriate for listening to during sexual intercourse comes up. I insist that the tape recorder be turned off while the rest of this discussion takes place. The recorder is paused. Eventually un-paused]
MD: “Alright, a little bit of off the record talk there. Look I’m gonna say go see Nightmares on Wax.”
BM: “What was the name of the one song? I’m gonna write it down..”

Lucius
MD: “You ever heard of Lucius Tate? Prank calls?”
[I begin looking for them]
BM : “Come on, we’ve gotta get through…”
[I make a sound of pure scoffing]
MD: “Let’s just not even look at that band”
[I look some more for the Lucius Tate recordings and do not succeed]
MD: “Do you have any idea how to spell Lucius?”
[BM spells it out, I find it, and we spend a while listening to some prank phone calls, discussing prank calls, and finally (try to) return to the Lucius who’s playing Forecastle.]
BM: “So what do you think about Lucius?”
MD: “Oh Lucius? Lucius Tate?”
BM: “All right. Let’s move on…”

Claude Vonstroke
MD: “Is it Claude Von Stroke? Is that seriously what’s next?”
BM: “Yes.”
MD: “Awww, you’re kidding me. This guy’s gonna be a comedian. [Reading the description] ‘Claude Vonstroke does not scowl while he DJ’s….’ that’s good to know. Let’s just hear some”
[We hear some]

MD: “I don’t hate this immediately.”
BM: “He’s remixing a lot of things”
MD: “It’s fine, a lot of things need remixing. They need to have cowbell put in on them. He’s got quite a watch”

BM: “This is your man, Brett Dennen.”
MD: “He looks like John Denver.”
BM: “He’s got five records out, one of them is called ‘Smoke and Mirrors’”
MD: “One of them’s called ‘Rocky Mountain High’”
BM: “’His music career began humbly around the camps of the Sierra Mountain range...” 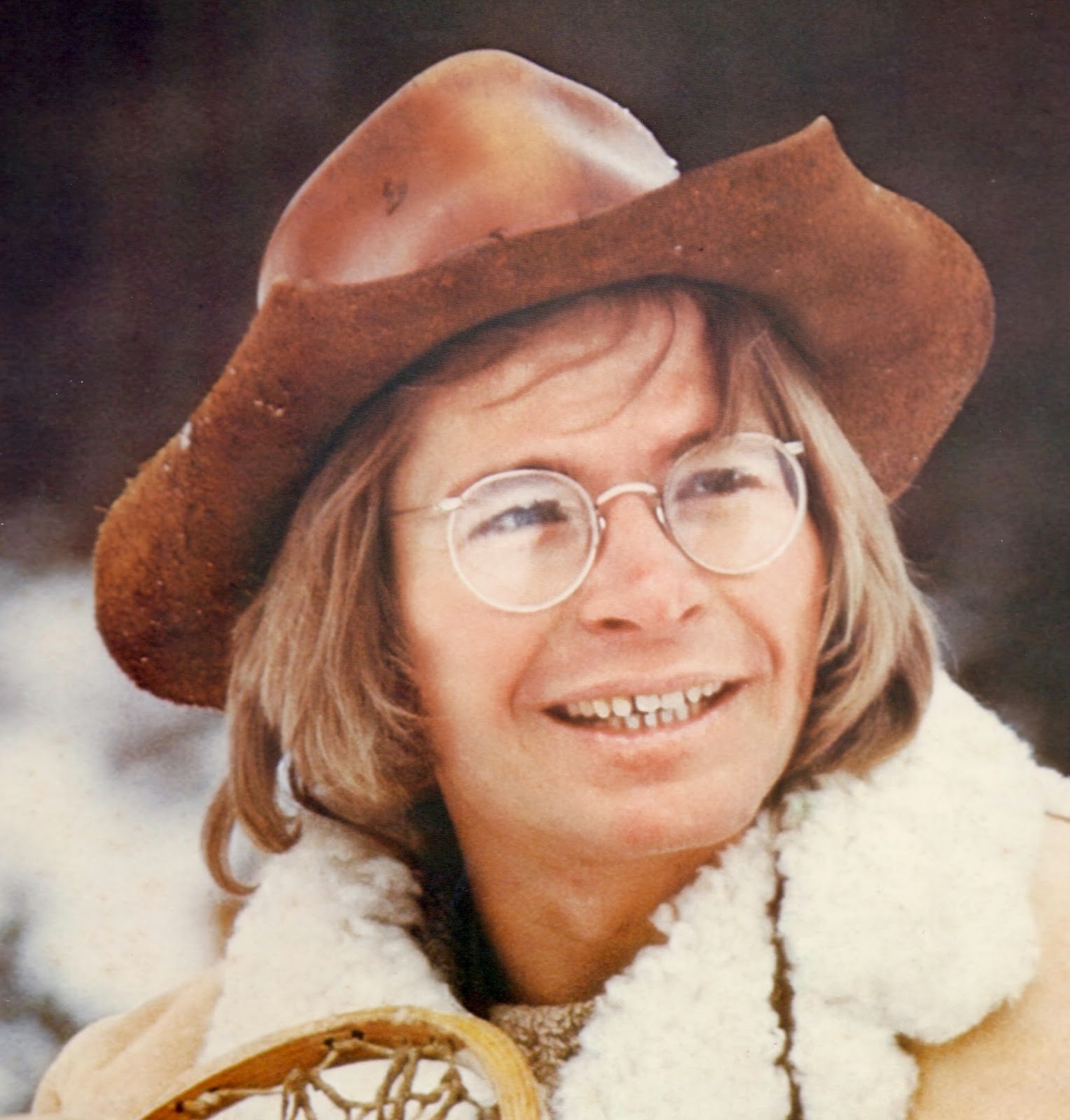 MD: “Oh did it? That’s shocking to me”
[We listen to a track]
BM: “You know, I can kind of get into it a little bit”
MD: “It’s all right. Is this gonna be a guy with a laptop, or is he gonna come with a group of people to perform this live?”
BM: “Do you think it sounds electronic?”
MD: “You know, it sounds fine, and… ‘fun’”
BM: [Laughter]

St. Lucia
[There’s 8-10 minutes of BM talking about the things he knows about South Africa, we get bummed out a bit, and then we listen to some St. Lucia and don’t really have anything to say about them. We seem to determine that they’re fiercely contemporary]

MD: “Alright, look, I’ll go ahead and say I’ll arm wrestle any of these people”
[We listen to parts of a few tracks]
MD: “You know, this isn’t totally awful.”